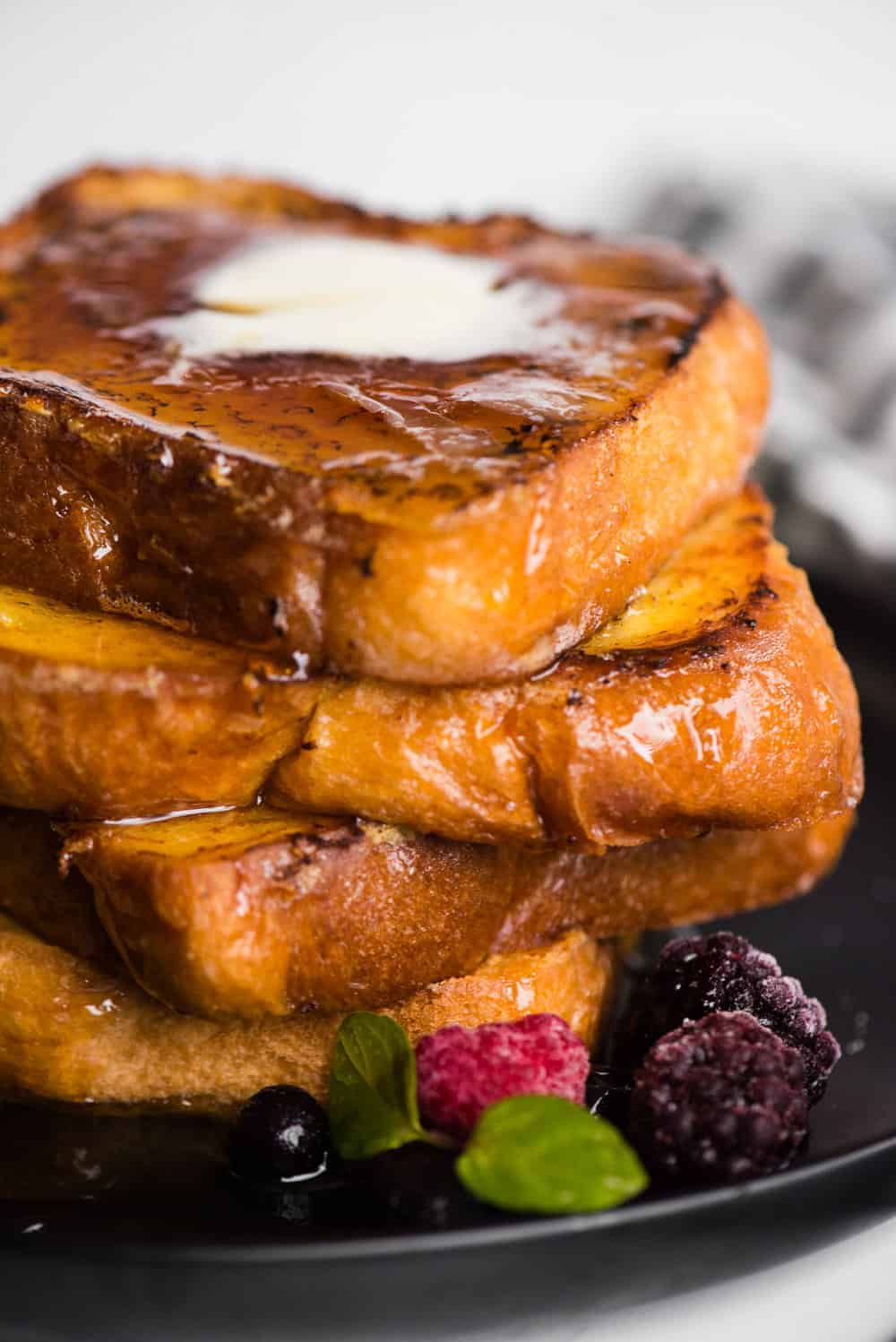 If you love French toast, you’re really going to love this recipe. Think about the best French toast you’ve ever had. Now imagine it tasting more rich and decadent. That’s what Crème Brûlée French Toast brings to the breakfast table. 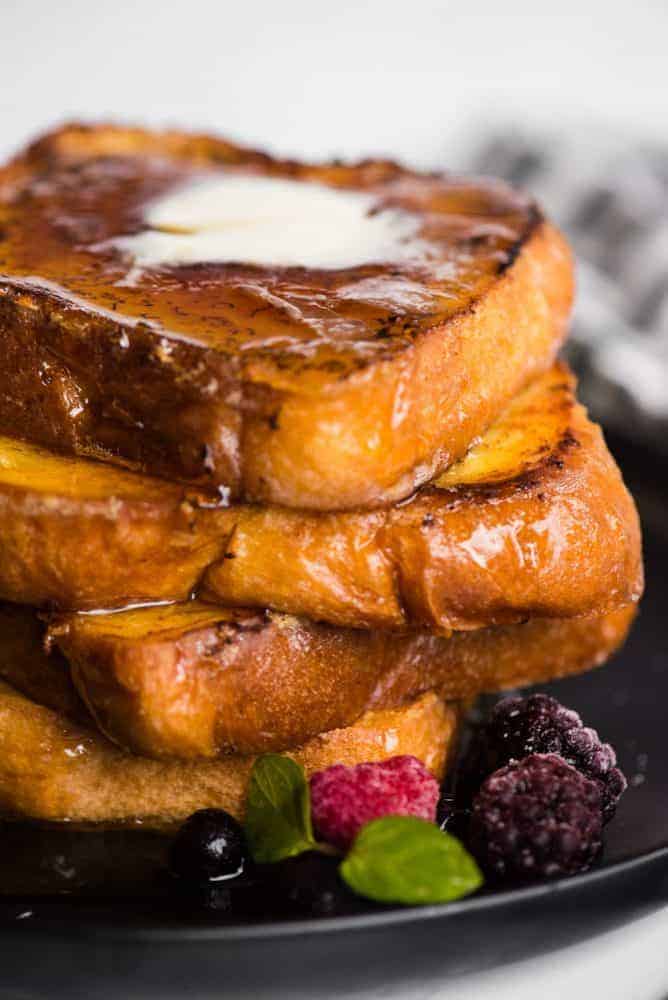 French toast is one of my favorite breakfasts. When I go out to eat, I will almost always order French Toast, Eggs Benedict, or a Denver Omelet. I recently made homemade Crème Brûlée for the first time and loved how simple yet decadent the recipe was. Just four simple ingredients came together to make the most heavenly dessert.

This French toast recipe goes above and beyond what you might expect from a typical French toast, and it’s even more of a treat than what you’re probably used to. 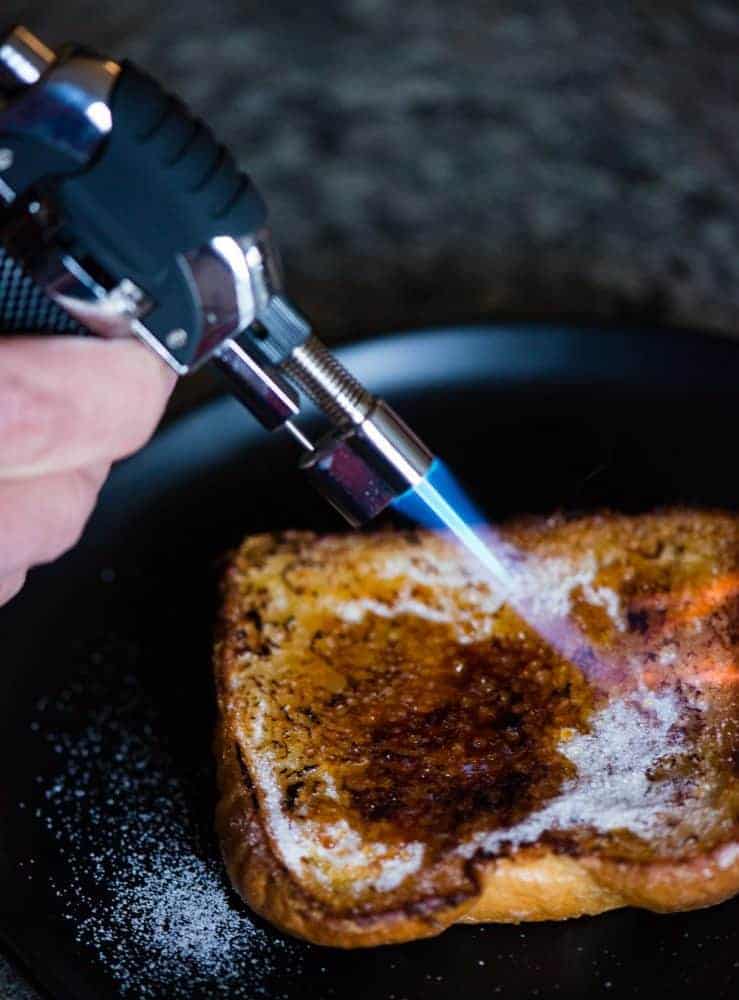 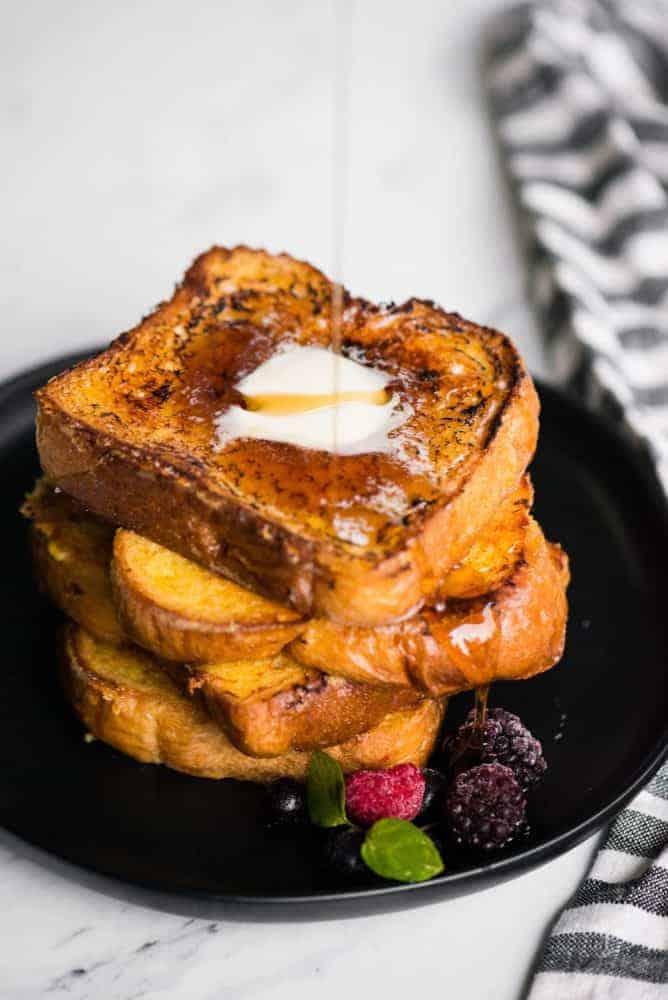 What to serve with Crème Brûlée French Toast: 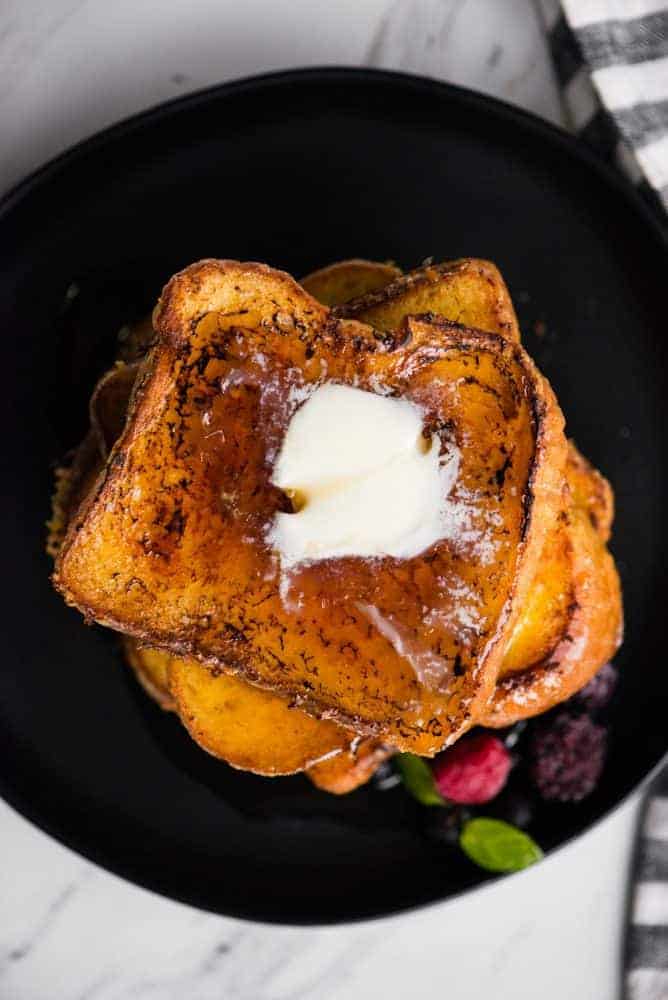 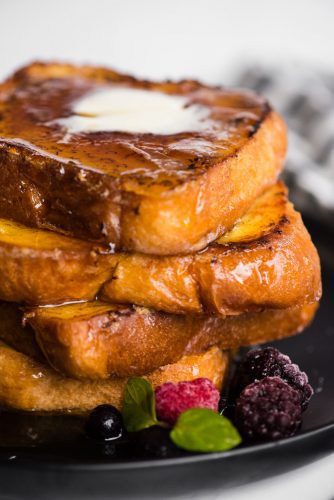