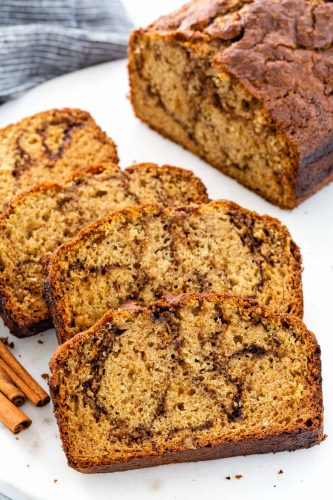 Cinnamon bread with warm spices and a sweet topping makes for a tasty breakfast. Using a quick bread base, each loaf yields tender slices.