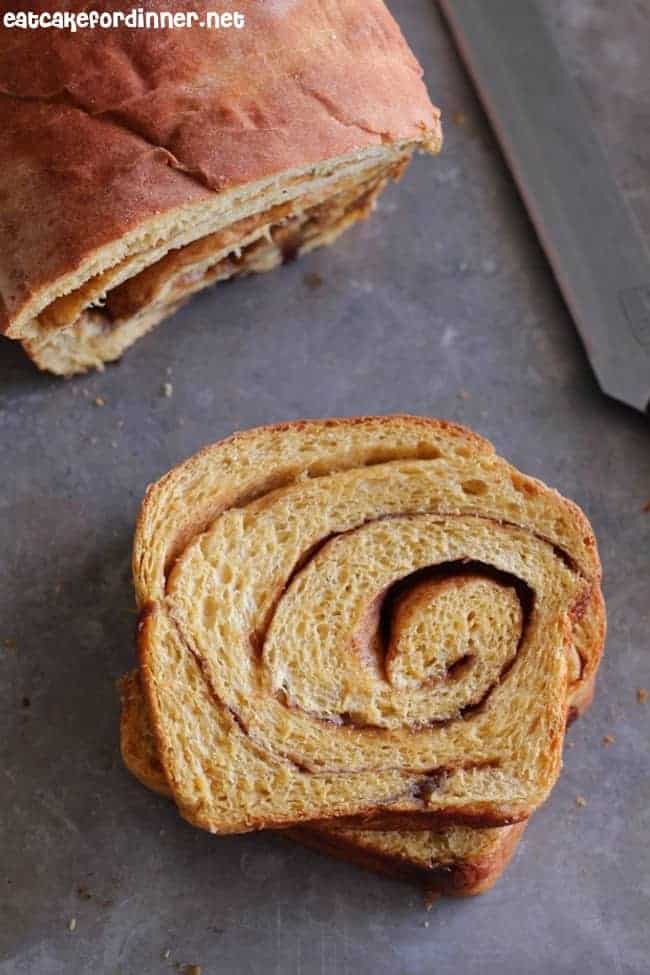 An amazingly soft and tender bread that starts out in the bread machine.

Hi, it’s Jenn, from Eat Cake For Dinner. I am back again to share one seriously amazing bread recipe with you. This bread needs to be made by every single one of you. Like now.

This is such an impressive looking bread with that cinnamon swirl, but guess what? There is very little hands-on-time thanks to the bread machine. Throw all the ingredients into the bread machine, turn it on the dough cycle and let it take care of all the mixing, kneading and rising while you sit back and relax. 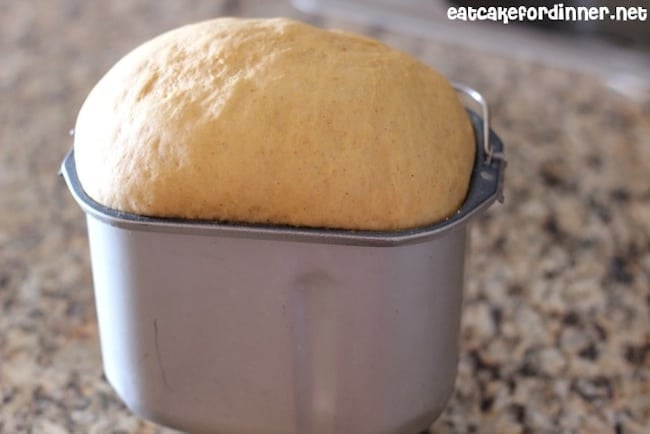 After the dough cycle is finished, you punch down the dough, roll it out, top with butter and cinnamon sugar mixture, roll it up, put in a pan, rise again and bake. BAM . . . now it is time to devour this amazingly soft and tender bread. Although it doesn’t taste much like pumpkin, it does have an outstanding flavor. 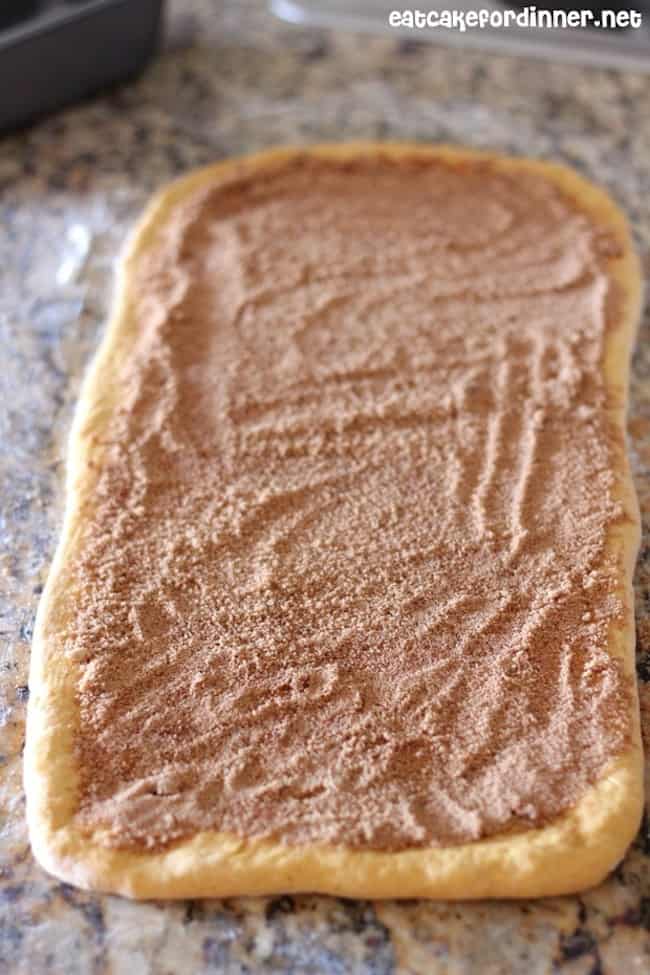 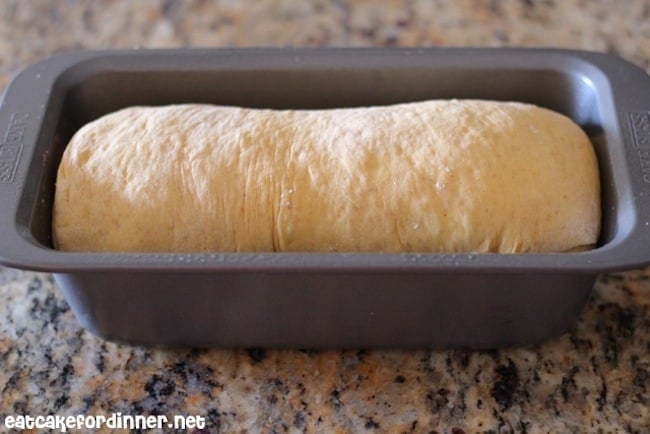 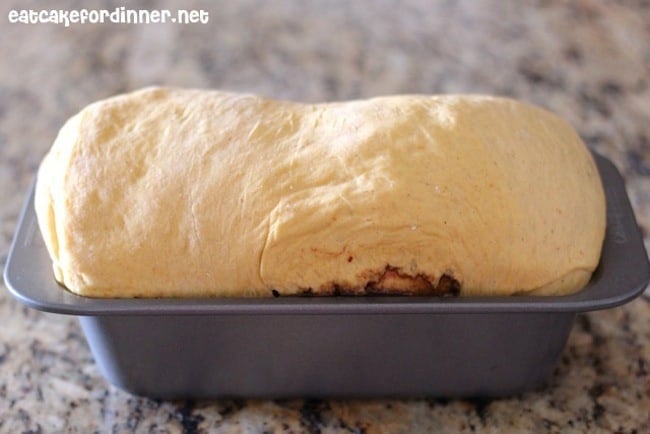 My secret to making amazing bread from a bread machine is to take it out after it has risen and bake it in the oven. The crust will be much better that way and no one will have any idea it started in the bread machine.

We enjoyed ours plain, but it would also be amazing with some Cinnamon Honey Butter or Coconut Oil Honey “Butter”. It tastes like cinnamon roll bread and it is GOOD. Don’t be surprised if it disappears within a few hours. 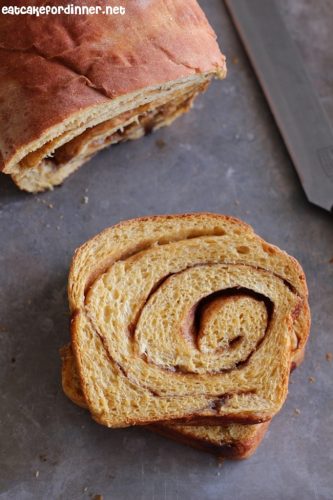 An amazingly soft and tender bread that starts out in the bread machine. 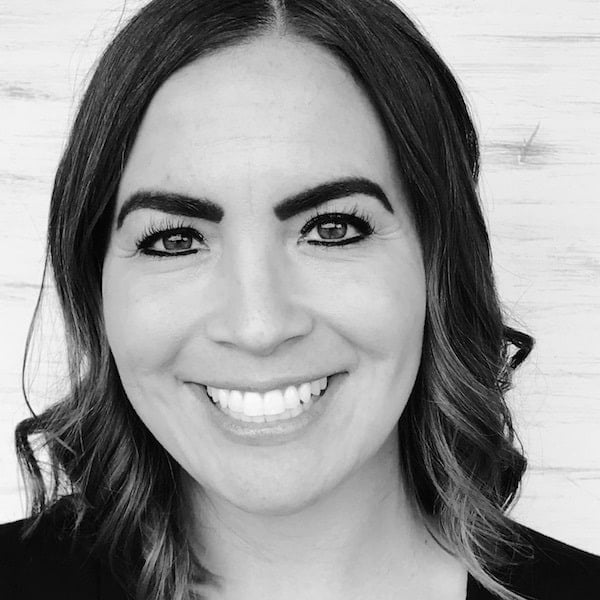 Hi, I’m Jenn and I blog over at Eat Cake For Dinner. I love being in the kitchen and spending my spare time cooking, baking and blogging. I like all types of food, but cake and frosting are my favorites. If you ask me, the more frosting the better!