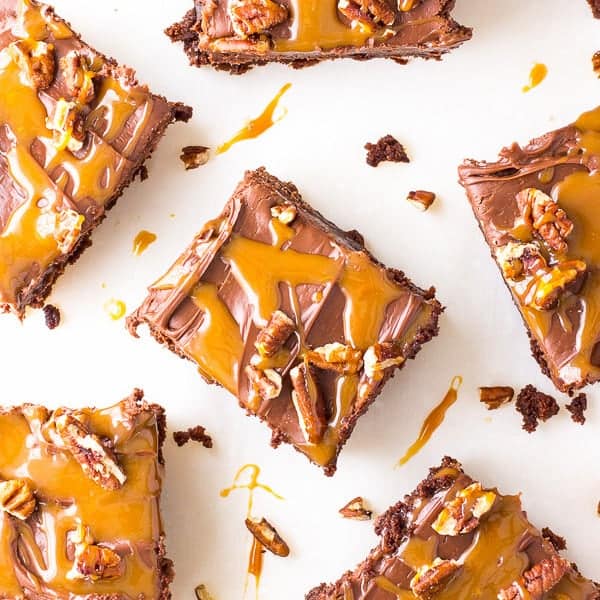 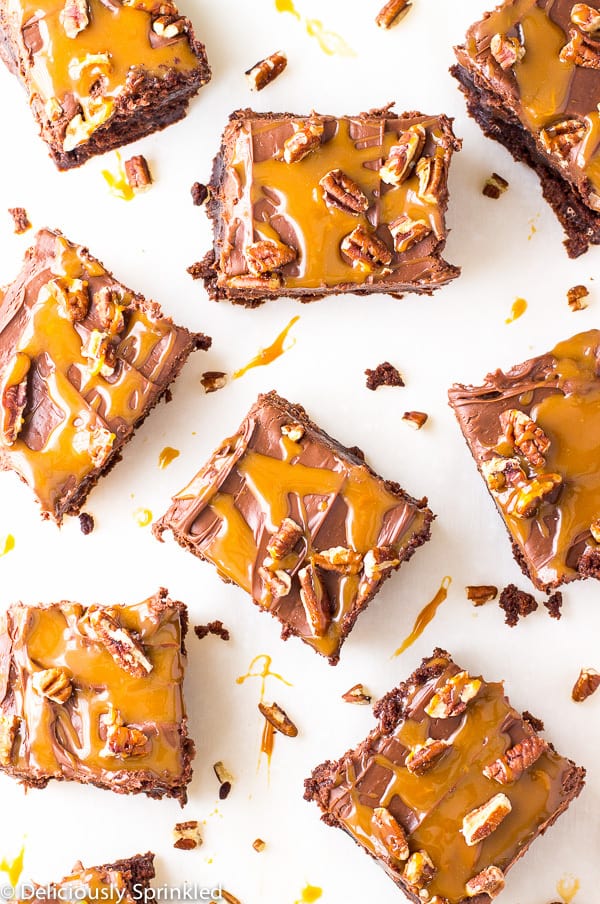 Hi everyone! It’s Jenn from Deliciously Sprinkled back with a delicious Frosted Turtle Brownies recipe. I didn’t think brownies could get any better until I topped them with homemade milk chocolate buttercream frosting, drizzled with caramel and sprinkled with chopped pecans. Seriously, these brownies are AMAZING!

These brownies are super simple to make because I used my two favorite boxed brownie mixes, that’s my trick for homemade tasting brownies without all the work. And with the holiday season kicking off next week with Thanksgiving, I’m all about quick and easy desserts that taste and look like you have spent hours in the kitchen. 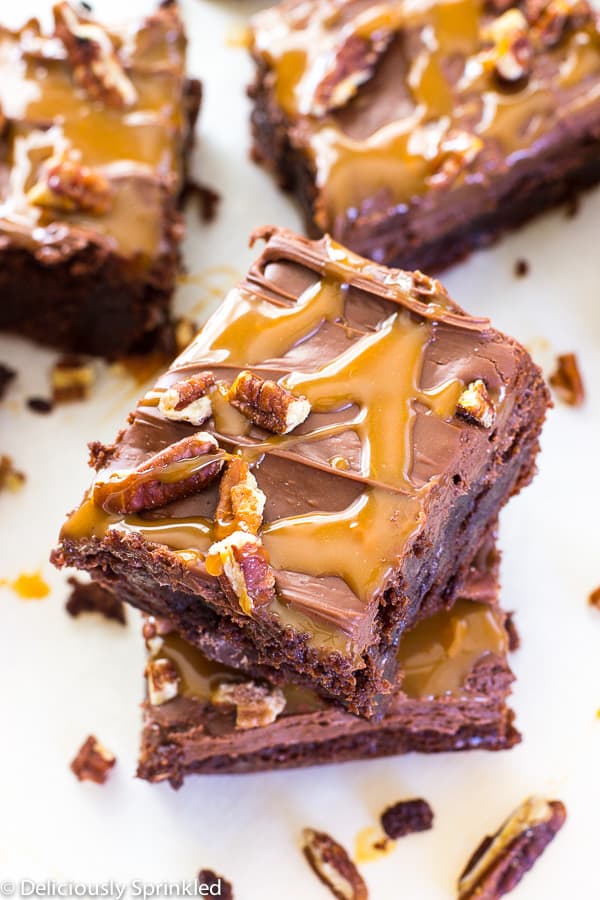 So if you’re looking for an easy and delicious dessert to bring to Thanksgiving or an upcoming holiday party, these Frosted Turtle Brownies are sure to be a huge hit.

I hope you all have a great Thanksgiving! 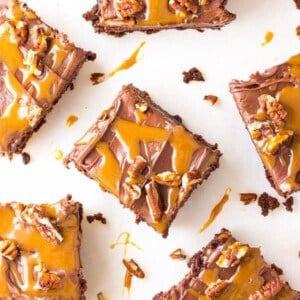