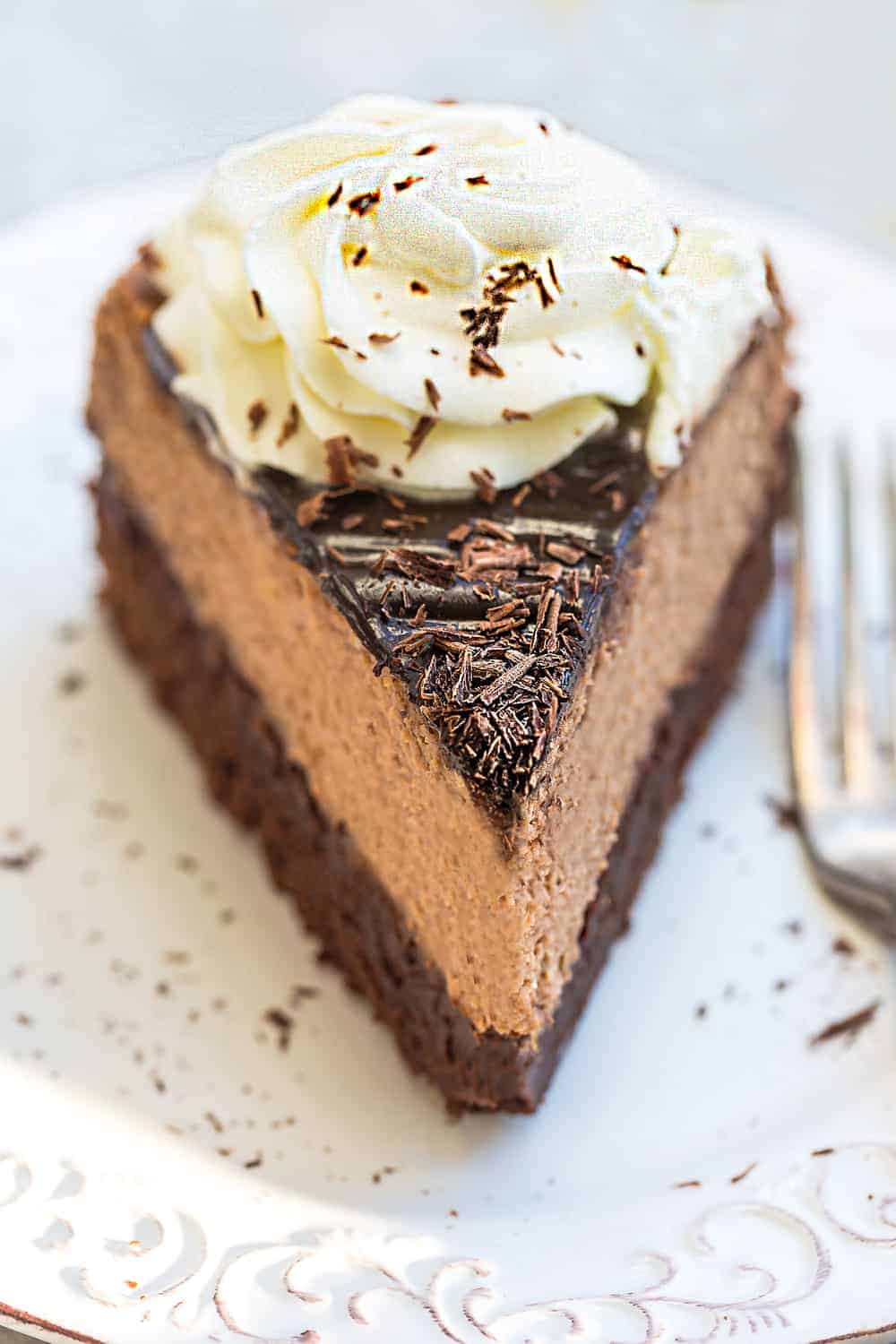 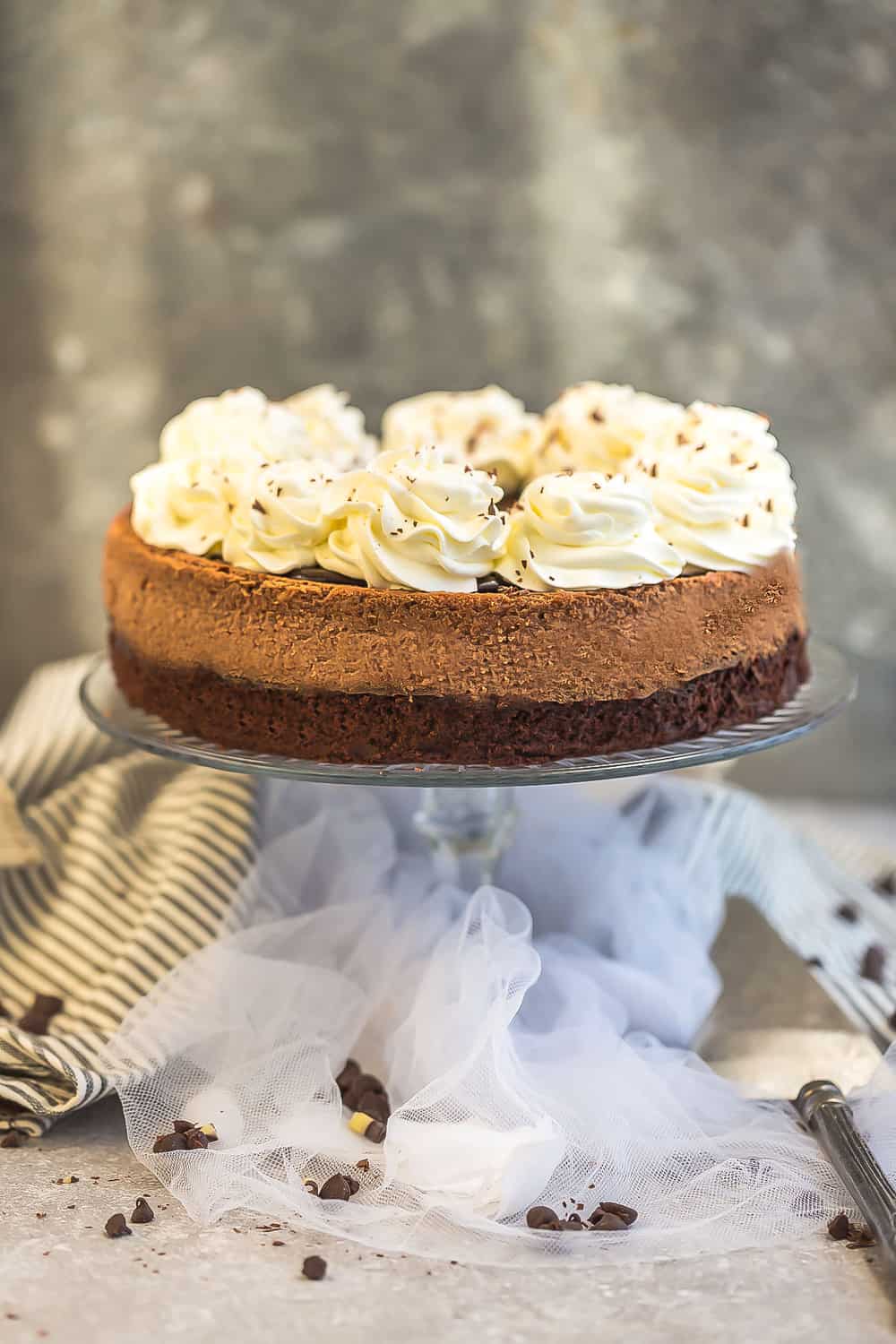 Hey everyone! Kelly here from Life Made Sweeter back again! Today I’m sharing an ultra chocolatey dessert for when that sweet craving hits! This decadent Chocolate Brownie Cheesecake is sure to impress at your next family gathering or holiday party.

Cheesecake and brownies are actually two of my husband’s favorite desserts. Since it was his birthday last month, I made him this cake which is a combination of the best of both worlds. You’ve got a thick and fudgy brownie bottom topped with a creamy chocolate cheesecake filling. 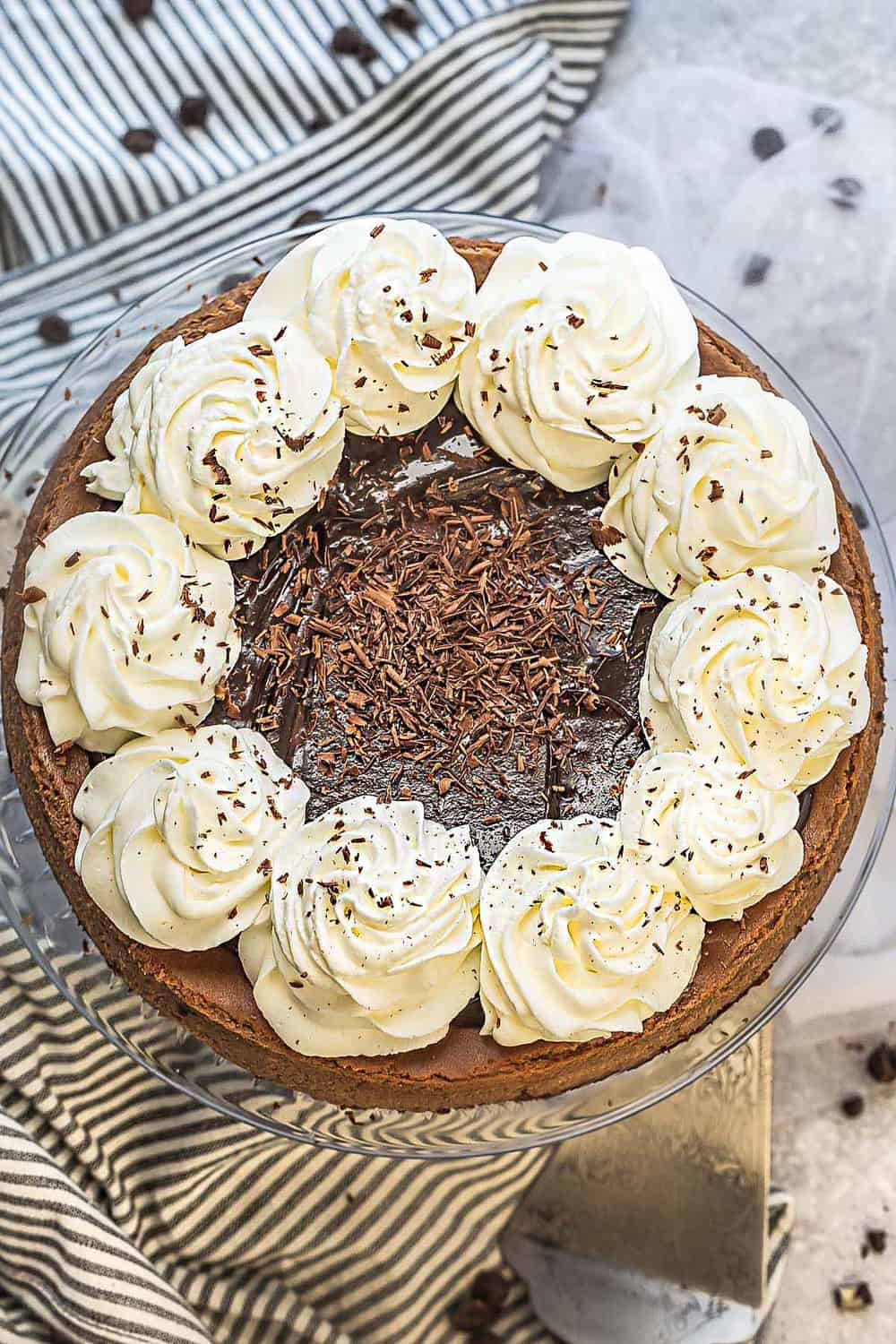 And of course I had to make this cake extra special for this occasion. So I added a layer of chocolate ganache, some shaved chocolate and swirls of vanilla whipped cream. 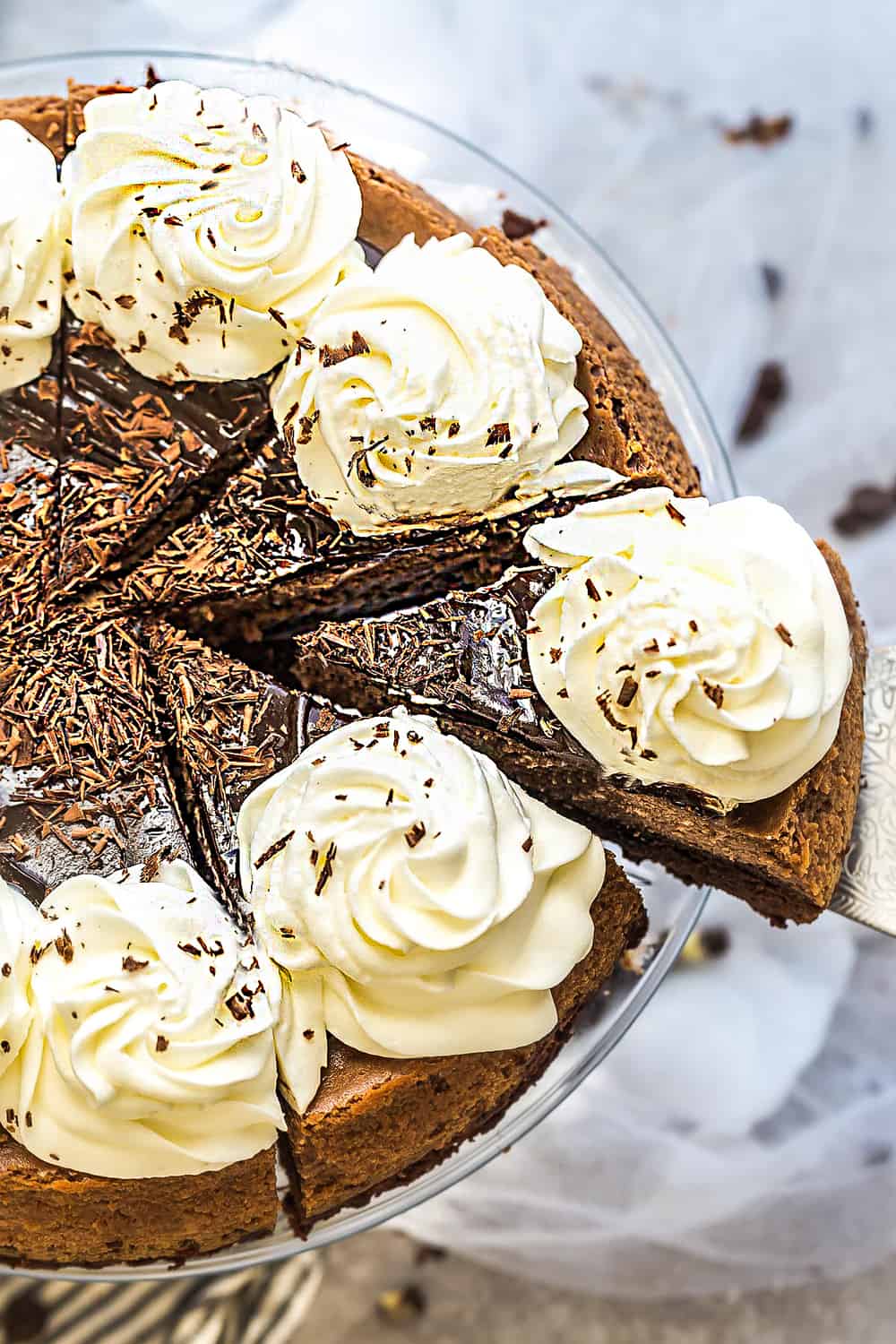 HOW TO MAKE THIS CHOCOLATE BROWNIE CHEESECAKE

You’re going to start off by making a homemade brownie batter for the crust. What I love about this brownie recipe is that it comes together easily in just one bowl. 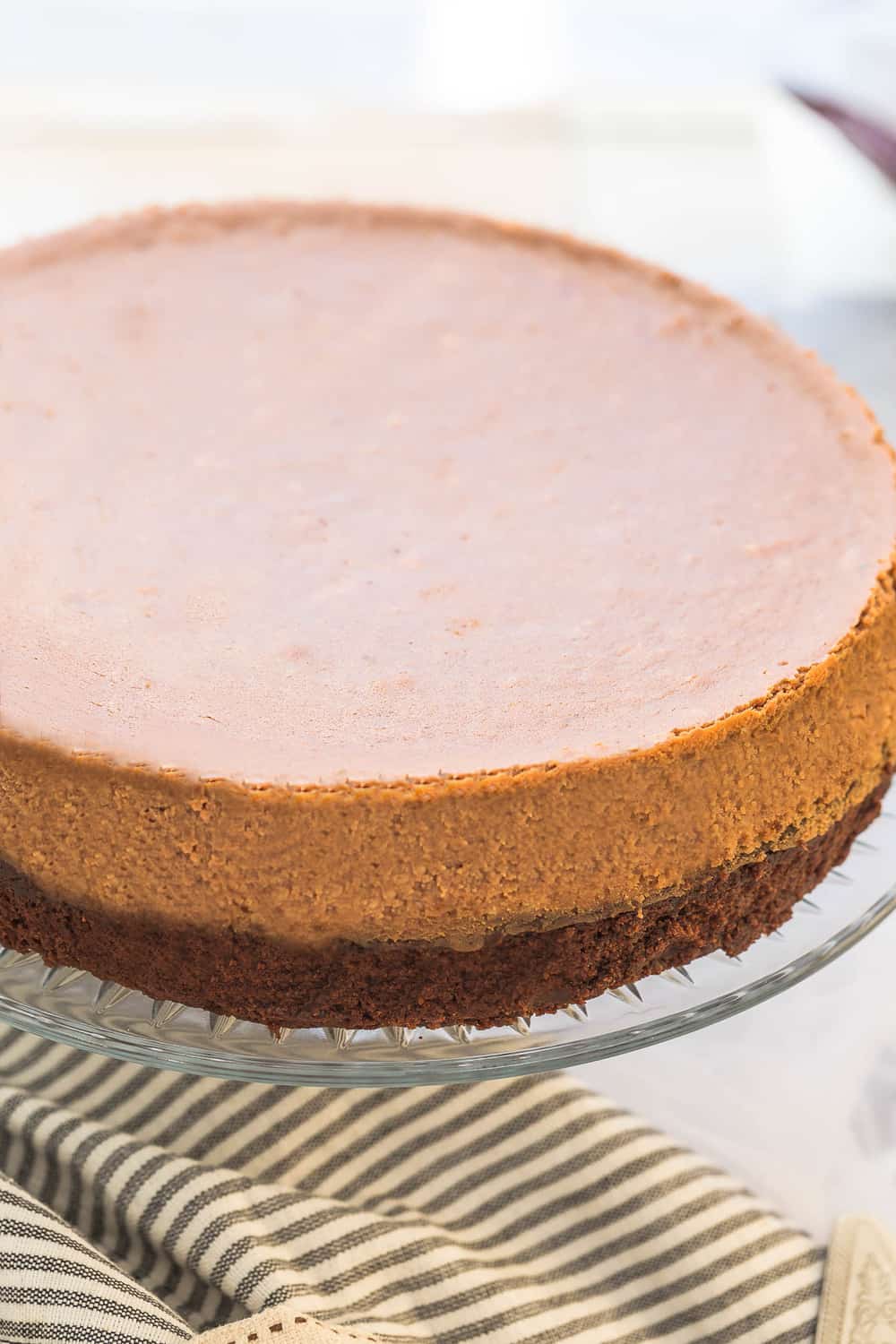 Make it right in the springform pan and while the brownie bakes, you can start putting together the cheesecake filling.

The filling uses a combination of melted chocolate and powdered cocoa for its tasty chocolate flavor. 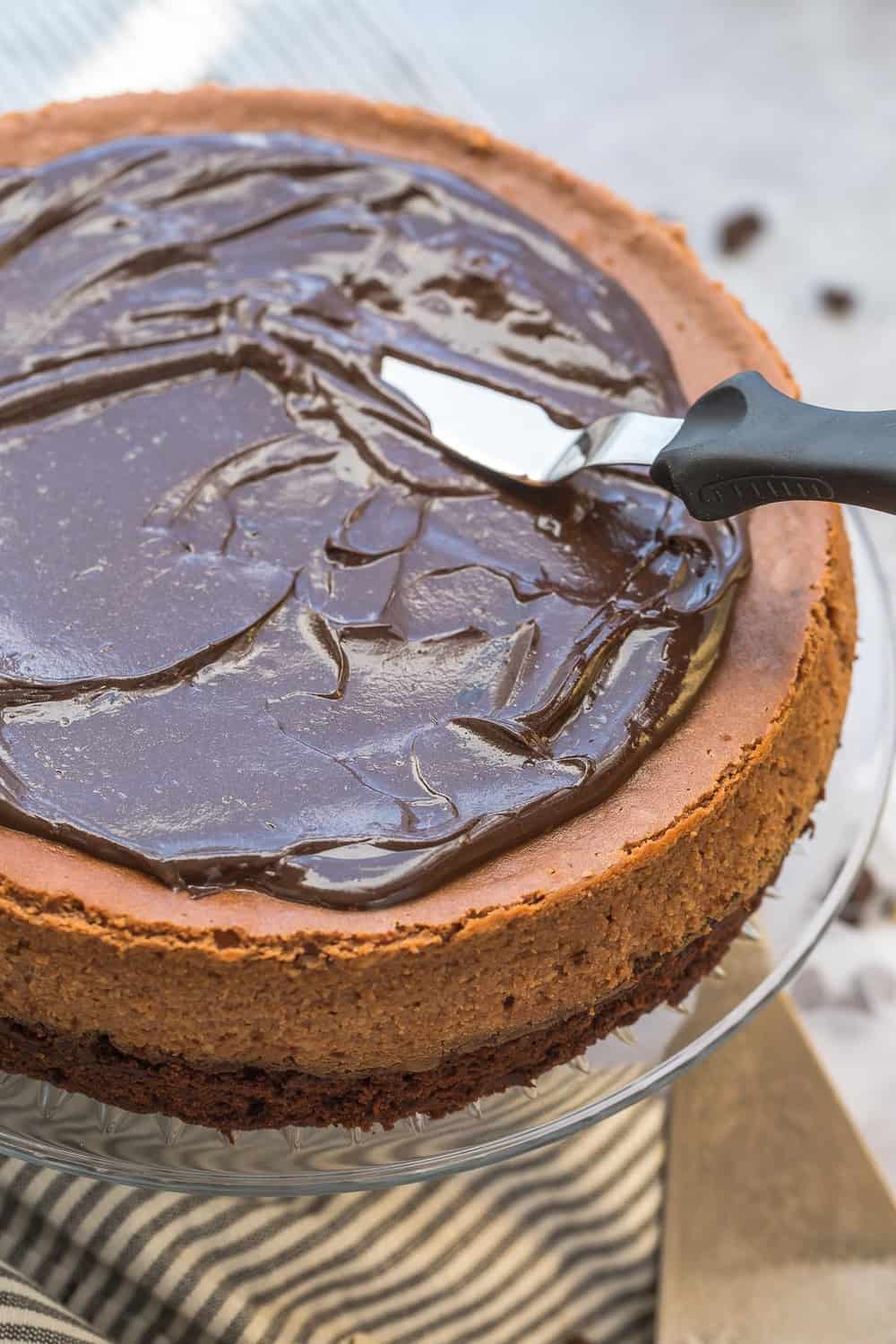 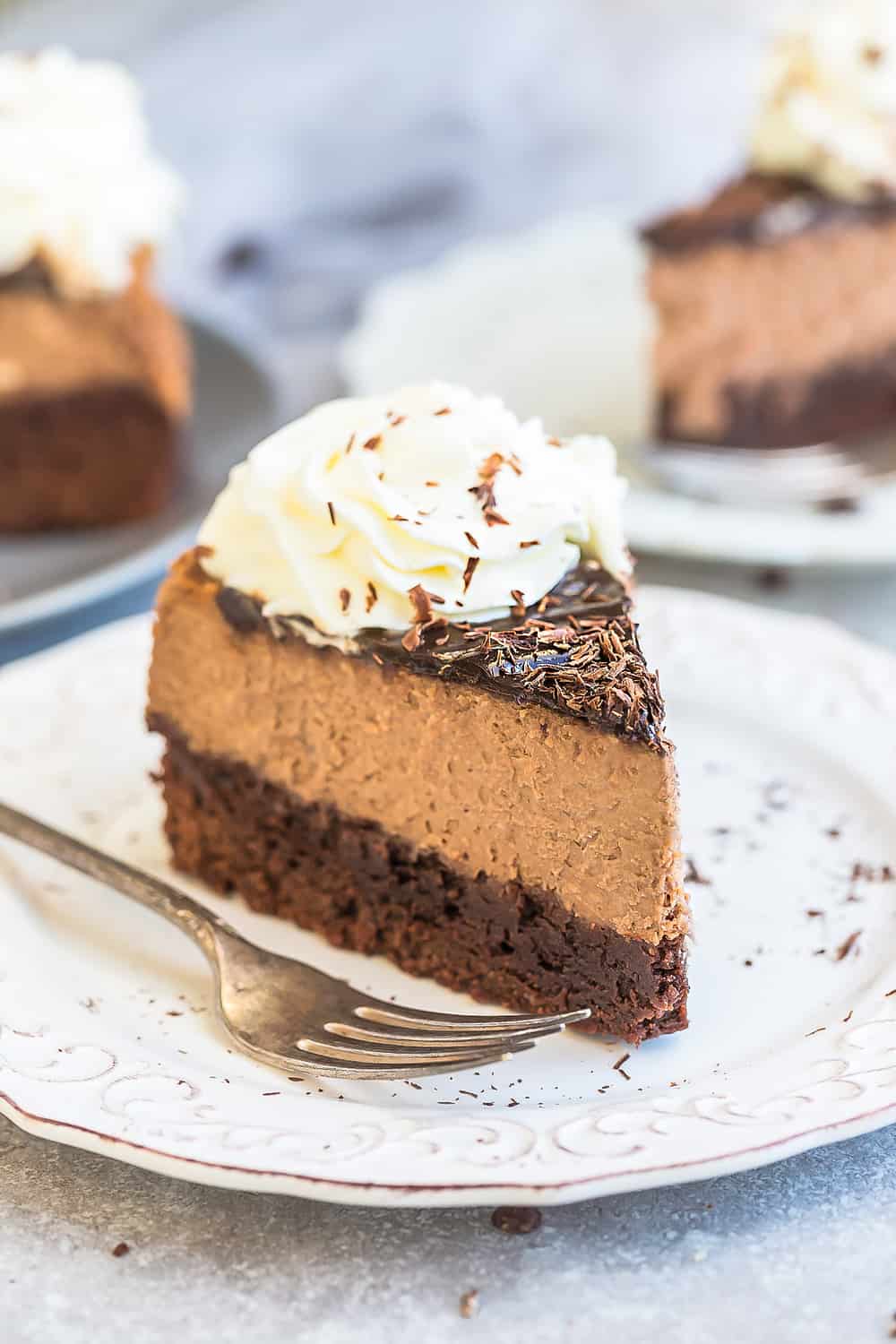 Allow the cheesecake to cool off then dress it up with a layer of chocolate ganache, shaved chocolate and vanilla whipped cream.

This delicious chocolate brownie cheesecake is rich, decadent and perfect for a holiday party or for your dinner table. 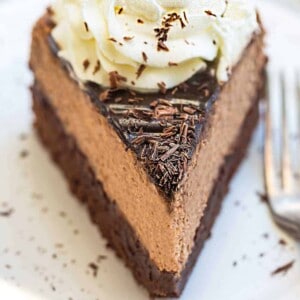 BROWNIE BOTTOM (OR use your favorite brownie mix) 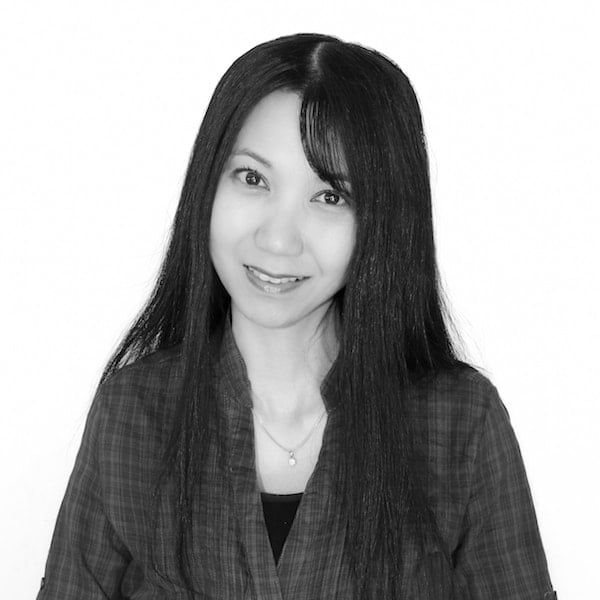 Kelly is the blogger behind Life Made Sweeter. She is a self-taught baker and loves using her slow cooker. You can often find her in the kitchen dreaming up tasty new dishes that are quick and easy to make for her family. She also enjoys adding a fun and healthy twist to many classic favorites.