If you have been wondering how to blind-bake a pie crust, you are in the right place! This pie crust is the perfect solution to any pie that you need a baked pie crust for (I’m looking at you, cream pies)! It’s perfectly flaky and delicious!

Whether you’re using a premade or homemade pie crust, blind baking is going to ensure it doesn’t end up soggy. It’s a simple step that will take your homemade pies to the next level. By now, you’ve probably seen the term blind baking (also known as par-baking) scattered throughout pie recipes. This technique is used for baking a pie crust either partially or completely before any filling is added. As simple as it may seem, it’s a crucial step in making sure your pie crust is everything it should be; golden, flaky, and delicious as opposed to soggy and/or undercooked.

Don’t let blind baking intimidate you. It’s actually really easy! First, determine whether the kind of pie you’re making requires a partial or full-blind bake. (I’ll tell you the difference below!) From there, all you need is some parchment paper, a pie dish, and either beans or pie weights to start the process!

Do I Need a Full or Partial Bake?

This list of ingredients is so short, and I bet that you already have everything on hand that you need to start baking your pie crust! Check out the recipe card at the bottom of the post for exact measurements.

How to Blind Bake a Pie Crust

Now that you’re familiar with the process, here are step-by-step instructions on how to get that perfectly golden, flaky pie crust!

If you want your pie crust to retain its shape, I highly recommend using some sort of pie weight. I used traditional pie weights, but you can use other substitutes such as uncooked beans, uncooked rice, or a pie plate in the center. You just want it to be heavy enough that it will keep the sides of your pie from shrinking down and the bottom from puffing up. Regardless of what you use, just make sure the weight is evenly distributed.

Here are a few extra tips to keep in mind as you par-bake your favorite pie crust recipe!

How Long Will My Par-Baked Pie Crust Last?

Baked and unfilled pie crusts can be stored at room temperature for 5-7 days, though they are best filled and used within the first 2-3 days. They may start to get a little soft if they sit for too long.

Now that you’re a blind baking pro, here are a few pie recipes to try out with that golden, tasty crust! Whether you want something light and fruity or creamy and indulgent, I’ve got you covered. For all of my fellow pie lovers out there, find my full list of recipes here! 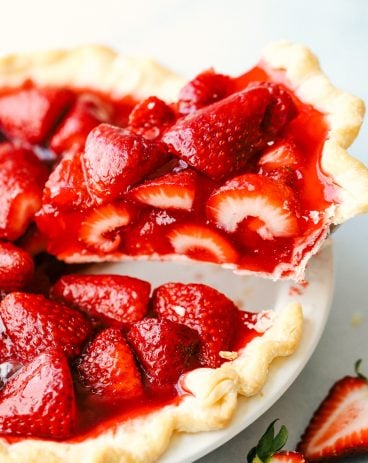 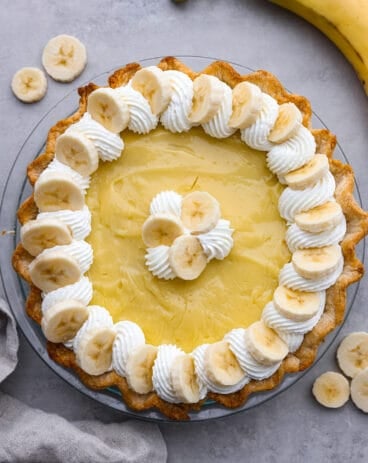 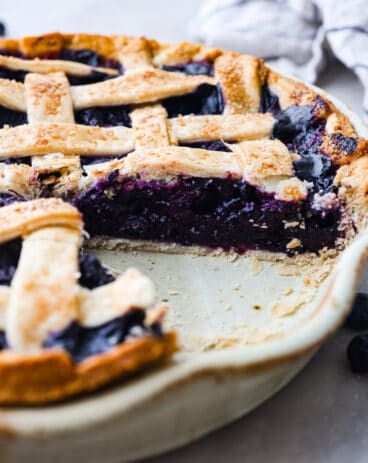 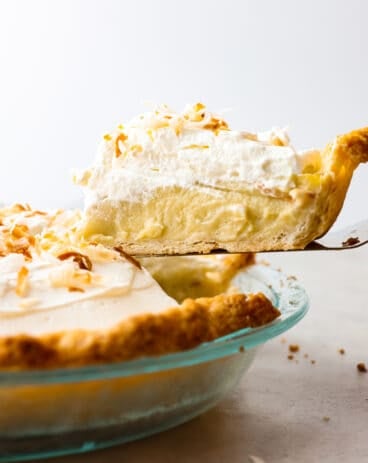 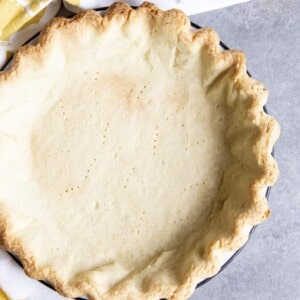 How to Blind Bake a Pie Crust

No ratings yet
If you have been wondering how to blind-bake a pie crust, you are in the right place! This pie crust is the perfect solution to any pie that you need a baked pie crust for (I'm looking at you, cream pies)! It's perfectly flaky and delicious!
Prep Time 15 minutes
Cook Time 8 minutes
Total Time 38 minutes
Author Alyssa Rivers
Servings: 1 Pie Crust
PrintReview