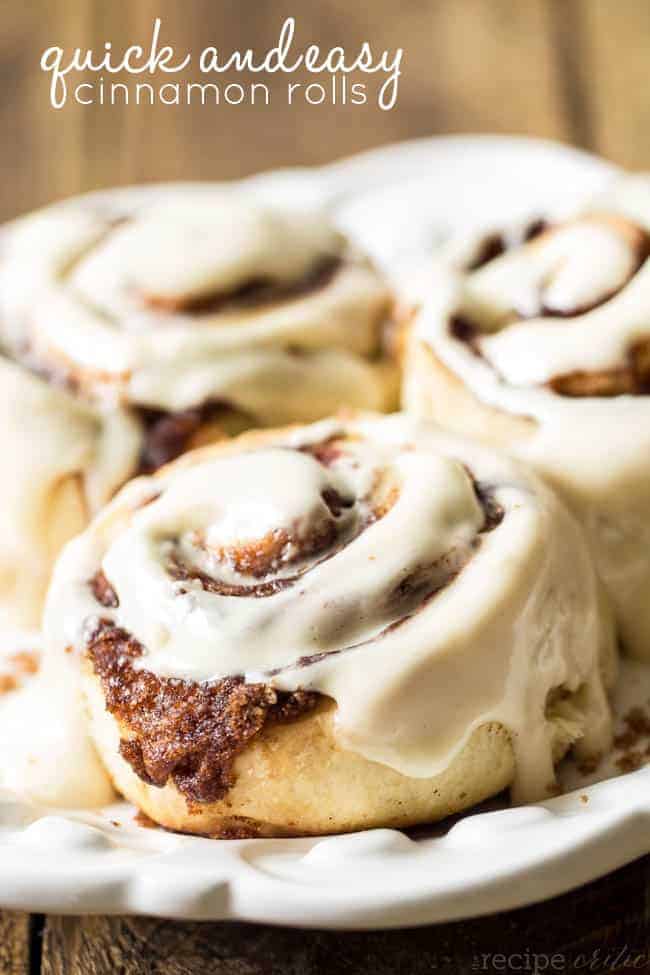 Quick and Easy Cinnamon Rolls are delicious and effortless, perfect for beginners!  Fluffy, tender rolls are filled with cinnamon and sugar and iced with a creamy melt in your mouth cream cheese frosting. These are so good! 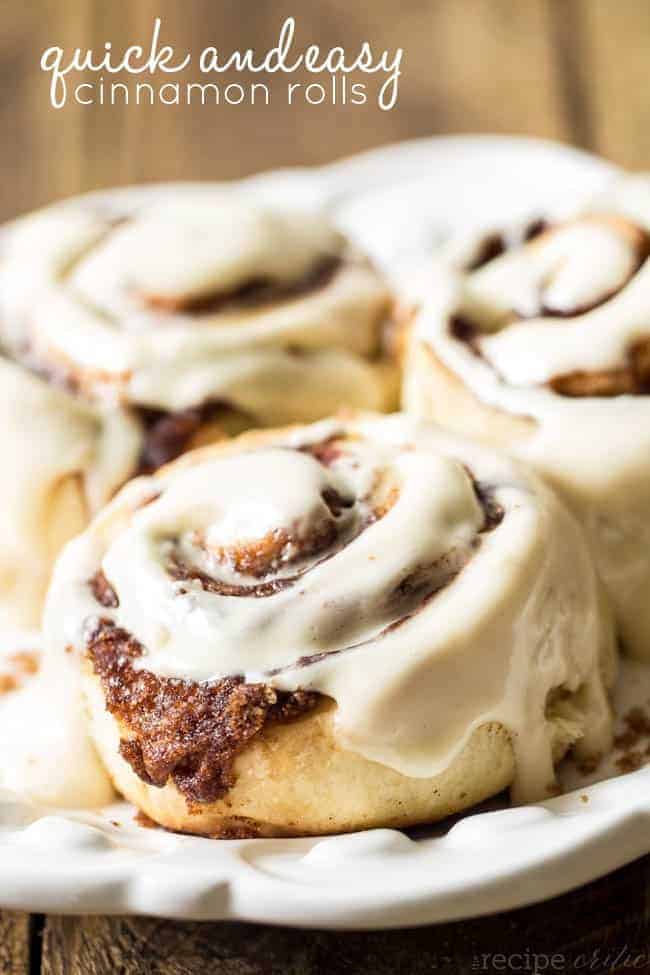 I love this dough recipe because it is so quick and easy it is great for beginners. Any form of cinnamon roll dripping with cream cheese glaze is going to be a guaranteed hit at your house.

When you need a delicious breakfast, these can be in the oven within 45 min. Warm gooey cinnamon rolls are ready to eat in no time and will be loved by your entire family!

This looks like a long list but it comes together quickly, so don’t worry. You’ll have these in no time!

These will be in the oven in no time and you’ll soon be feasting on luscious frosted buns!

To Make the Dough:

Making anything with yeast can seem intimidating but it really isn’t. There are just a few things you need to remember so you’re successful every time. And this recipe is the perfect one to practice with and be successful.

Tips and Variations for the Best Quick Cinnamon Rolls

These are hard to mess up, but there are few tips and variations to make them perfect.

Anything with the word rolls in it is going to be amazing! Here are a few to try. 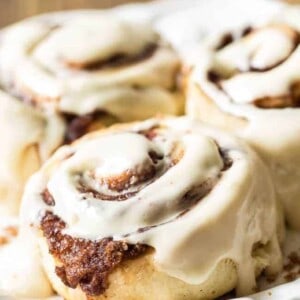