The delicious Easy Cuban Sandwich is layered with two kinds of pork, loads of melted swiss cheese, pickles, and mustard. Toasted in butter and pressed to perfection, this is one ultimate sandwich for pork lovers.

If you love pork then be sure to try this Skillet Pork Cacciatore or this Slow Cooker Mississippi Pork Roast next. 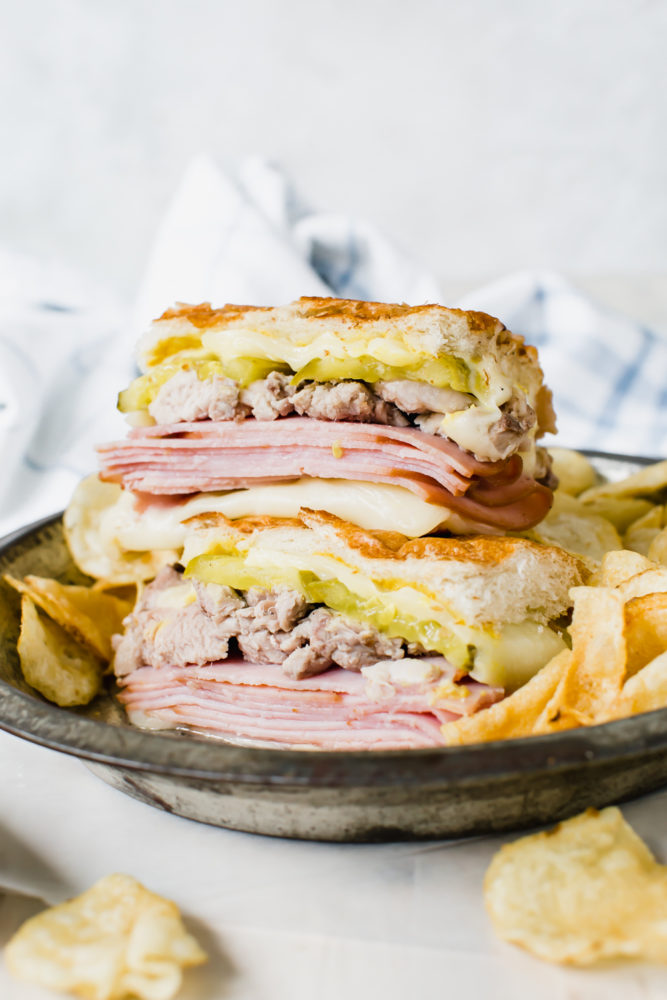 This hearty sandwich is all about the layers and each one plays a significant flavor roll in taste. The main ingredient, however, is the two kinds of pork. Layers and layers of smoked ham are paired with thinly sliced pork tenderloin. The Cubano is the ultimate sandwich with the tangy and tart taste of the pickles and mustard paired with the melted swiss cheese and pork. 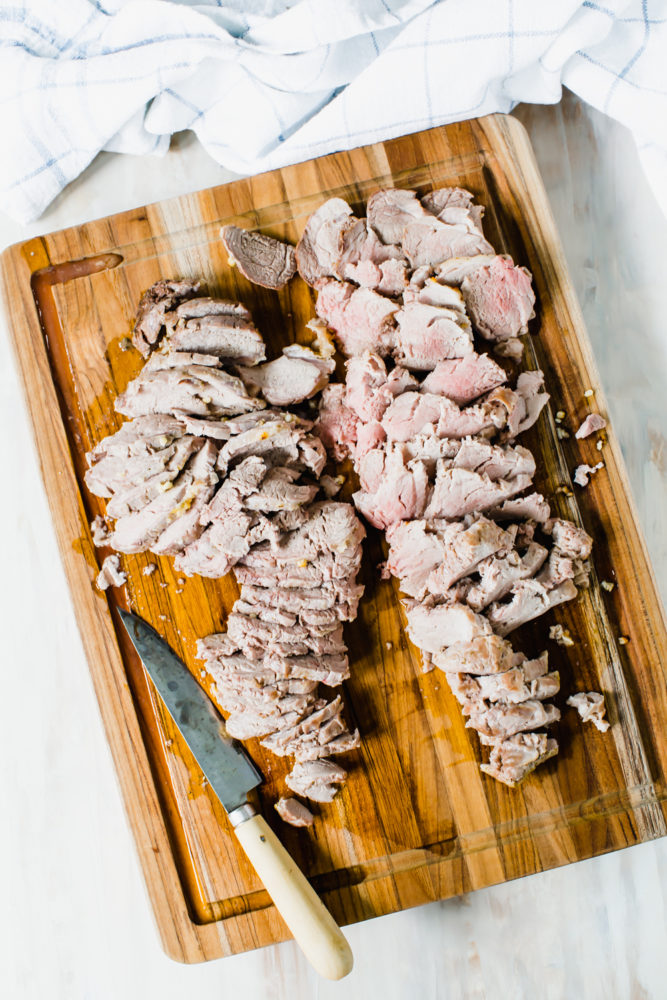 This delicious sandwich has a handful of main ingredients and depending on whether you’re from Miami or Tampa you might disagree on the correct variation.

How to Make a Cuban Sandwich

This sandwich is all about the layers and the most cumbersome part of the prep is cooking the pork tenderloin (only because of the time it takes to cook). 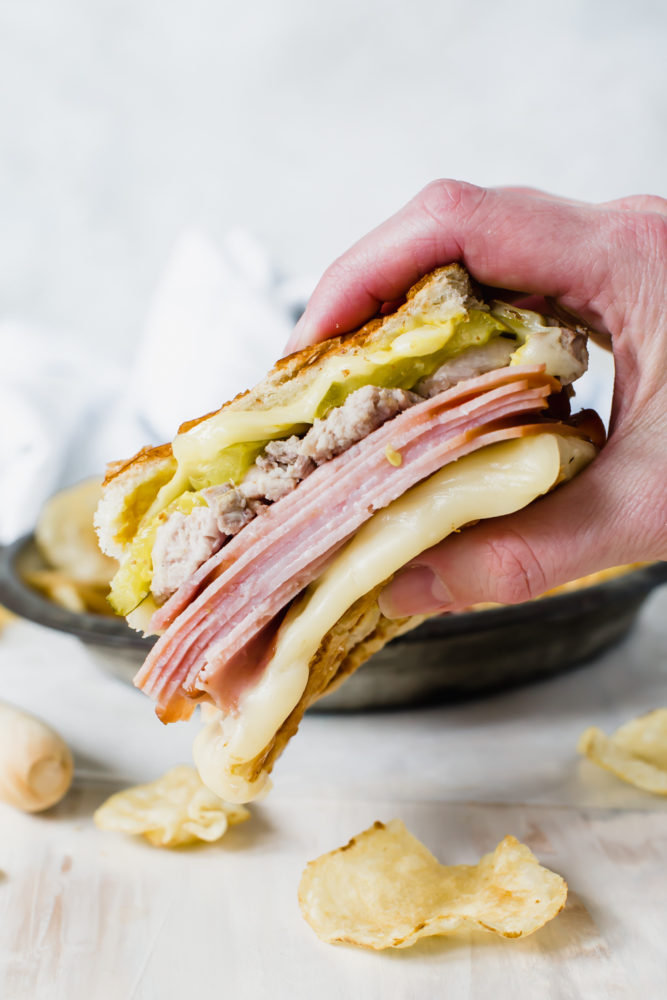 Do You Have to Use Cuban Bread?

This depends on who you ask, but truthfully you can use any soft loaf bread to prepare this sandwich. If the bread is too hard it won’t press easily when cooking it at the end.

Which Pork is Best?

This particular recipe calls for pork tenderloin because it’s easier and quicker to prepare than pork shoulder. Either type of pork cut will work and the shoulder can be flavored slightly more than the tenderloin. The choice is yours. 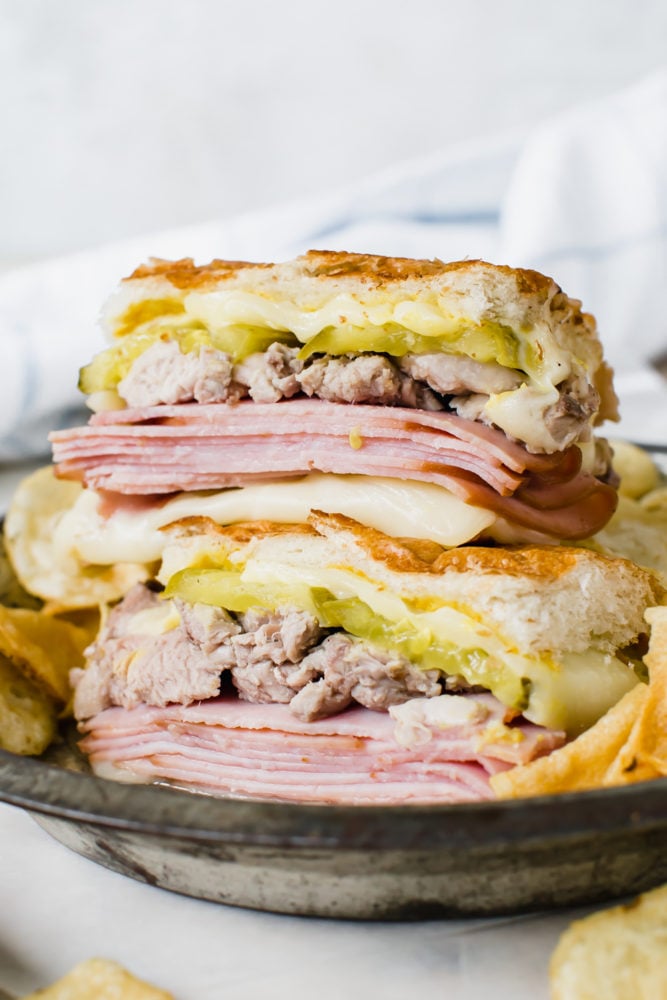 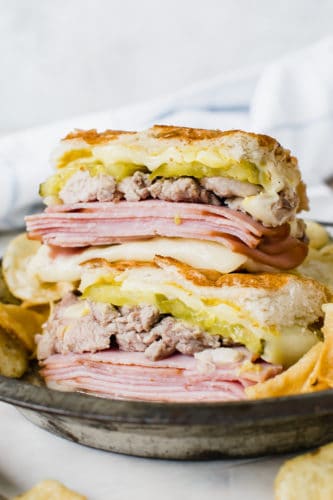 The delicious Easy Cuban Sandwich is layered with two kinds of pork, loads of melted swiss cheese, pickles, and mustard. Toasted in butter and pressed to perfection, this is one ultimate sandwich for pork lovers.

If you have a panini press you can also use it to toast and press the sandwiches. 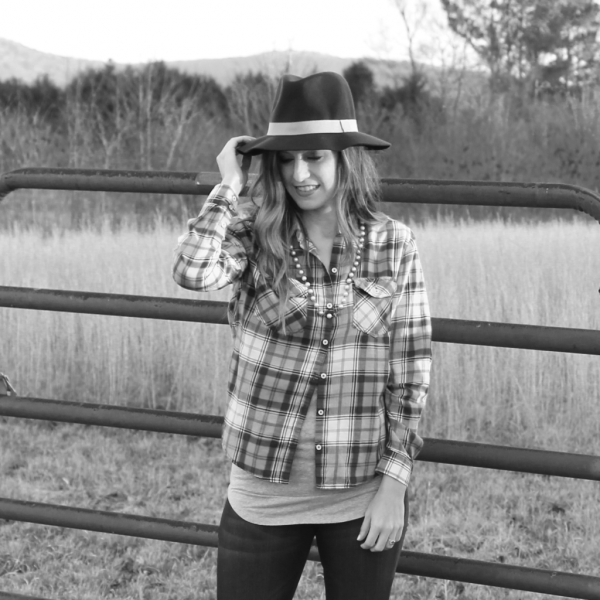 Spending time in the kitchen is a childhood memory that stems as far back as I can remember. The dots connecting those days to recipe development and food photography though, are winding and loopy. Just months after my clothing line in New York City, which was a childhood dream, came to a screeching halt I found myself at home as a new mom with a newborn. Desperately seeking a creative outlet, I began with the familiar and comforting act of cooking. A new passion of recipe development was ignited, and my blog became a place to break bread and to share these recipes with everyone. My family of four and one very convincing dog who loves to beg now enjoy our meals, and scraps, in Charleston.