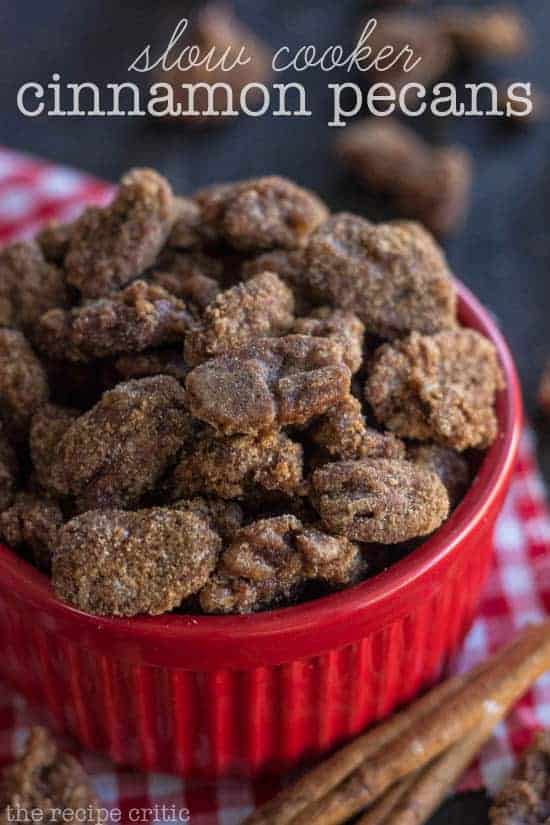 I made it through the weekend! I did two cooking demonstrations this weekend with my BFF over at Chef In Training. I was so nervous about cooking in front of a huge group of people, but it turned out great. And it was actually kind of fun! This was one of he the recipes that I made in the slow cooker demonstration. Every time I make them I remember how amazing they are. I usually make this recipe with cinnamon almonds. I think making them with cinnamon pecans might just be my new favorite!

I am always a sucker for the cinnamon almonds at the mall around the holidays. Just the smell of them through out the mall is what gets ya! But they are so expensive for a little bag. Last year when I made my cinnamon almonds around the holidays I was so excited! My house filled with the cinnamon smell. In about 3 hours I had a big batch! They have a softer cinnamon crunch on the outside. In my opinion, I think that they are better than the ones at the mall! I bought the same bags that they give to you at the mall at the craft store, and they made the perfect holiday gift!

Making these cinnamon pecans twice this week was a great reminder to how much I love this recipe! This is thinking beyond the normal duties of a slow cooker and creating a delicious treat! I admit, the pecans were my favorite. I love pecans anyway, but the cinnamon sugar coating was amazing on them. This is a great recipe to try! 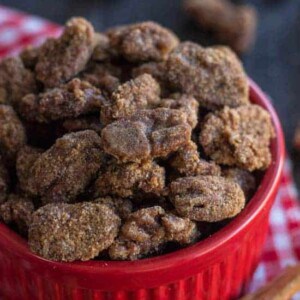