Cinnamon Swirl Cream Cheese Banana Bread has a delicious cinnamon swirl and cheesecake filling with walnuts hidden inside. This will easily be one of the best quick breads that you ever make!

I sure do love a good quick bread recipe and this one immediately became an instant favorite! I had some over ripe bananas and my favorite thing to do is to make a fresh loaf of banana bread. But when you add in a cinnamon swirl, a cream cheese center, and walnuts, you are about to take your banana bread to the next level!

You start with making a simple banana bread mixture. Then you add the cinnamon sugar swirl and fill it with cream cheese. This is my favorite because its like a cheesecake center right in the middle of each bite! The top of the bread gets this delicious cinnamon sugar crust as it bakes and it comes out perfectly moist and tender! 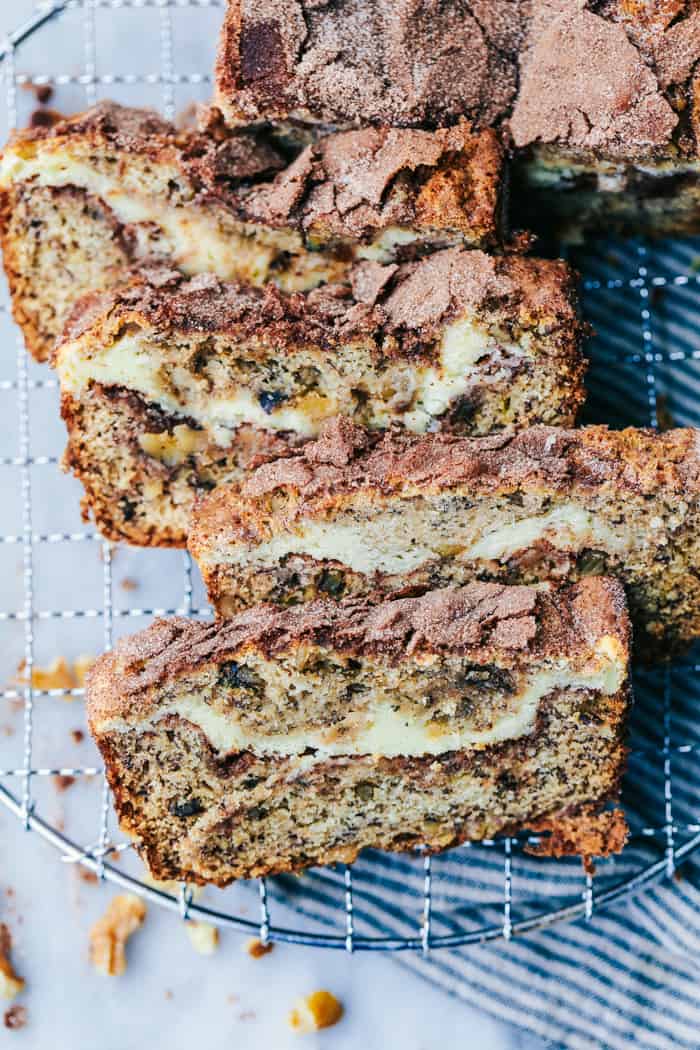 I know that you guys are going to love this bread just as much as we did! We just couldn’t seem to get enough of it and I can’t wait to make it again! 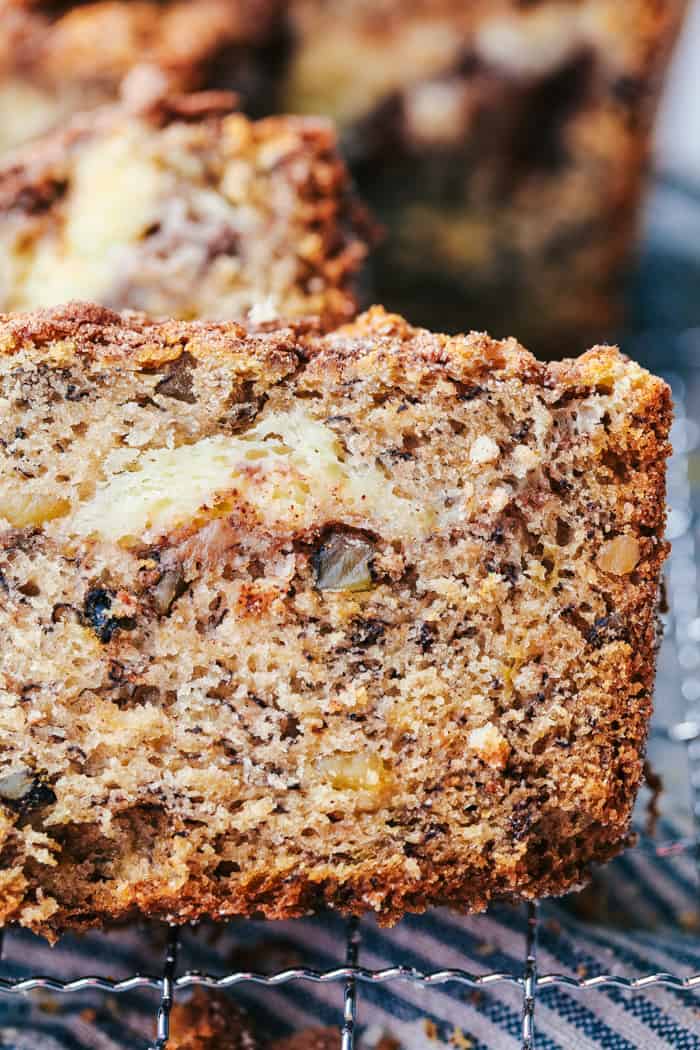 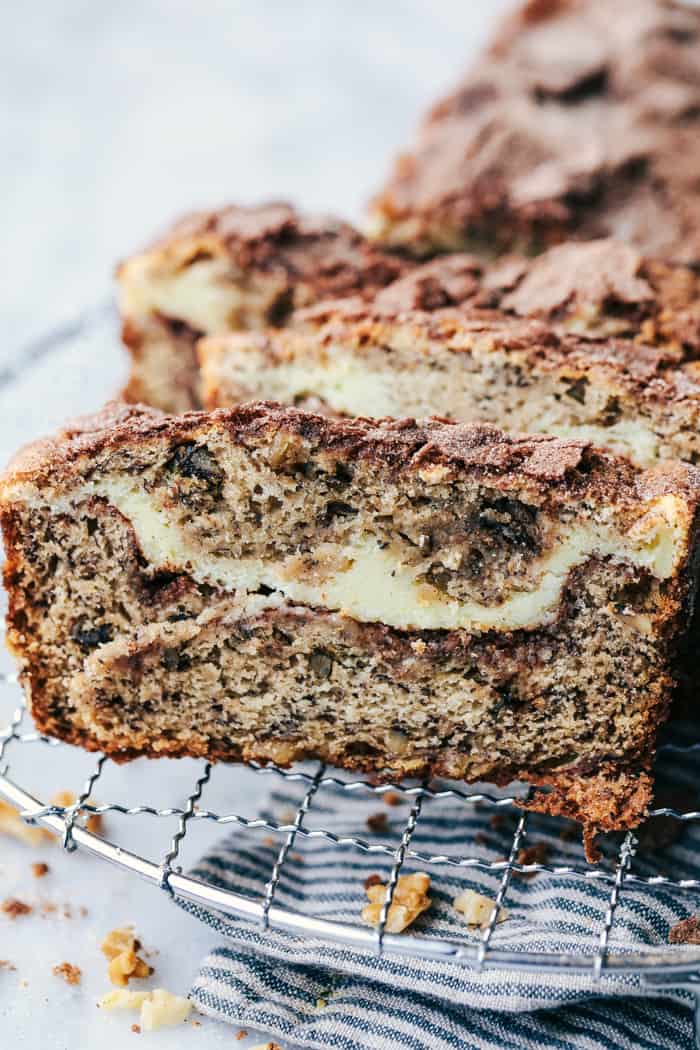 4.86 from 7 votes
Cinnamon Swirl Cream Cheese Banana Bread has a delicious cinnamon swirl and cheesecake filling with walnuts hidden inside. This will easily be one of the best quick breads that you ever make!
Prep Time 15 minutes
Cook Time 50 minutes
PrintReview

For the Cream Cheese Center:

This post was sponsored by the California Walnut Board. Thank you for allowing me to work with brands that I love. All opinions expressed are my own.

More delicious recipes made with walnuts: