Creamed Spinach made with tons of fresh spinach and a heavenly creamy garlic parmesan sauce is the perfect easy side dish recipe!

This tasty side goes perfectly with so many great dinner options like Lemon Garlic Butter Herb Chicken or Honey Garlic Dijon Broiled Salmon. 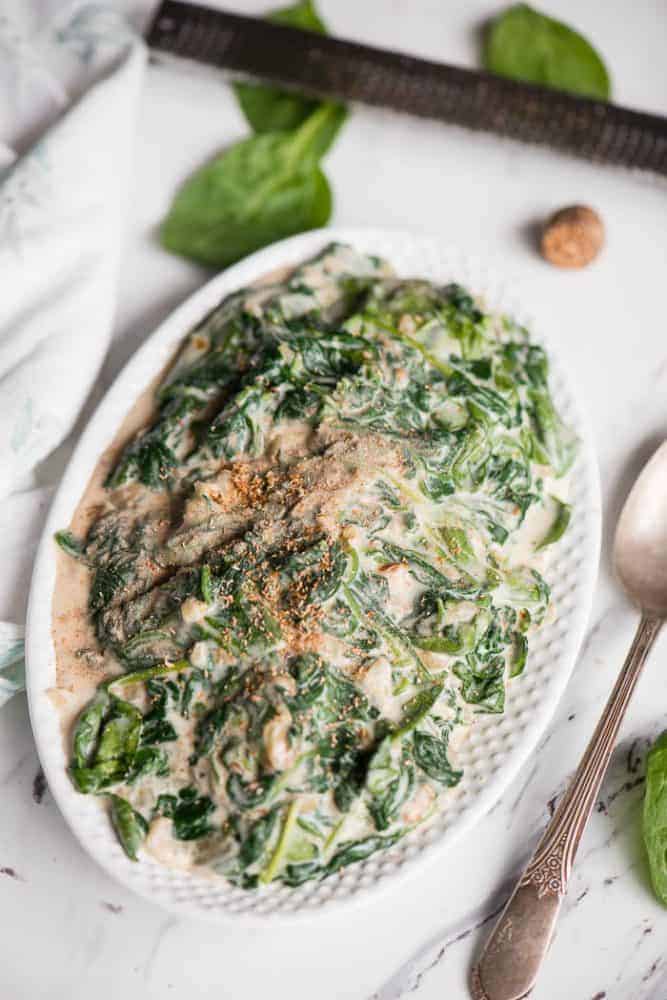 Hey there! It’s Krissy from Self Proclaimed Foodie and Ten Acre Baker.

I’m one of those weird people who’ve loved spinach my entire life. I could seriously eat an entire pound of steamed spinach as long as there’s a bit of butter and salt to go along with it! Whether you’re enjoying wilted garlic spinach, a tasty spinach artichoke dip, or this amazing creamed spinach, you simply can’t beat how easy it is to cook with this dark leafy green vegetable.

There are a lot of creamed spinach recipes out there, but I can assure you that this tried and tested recipe is simply the best. It won’t disappoint and even people who say they don’t like spinach end up loving this recipe.

How to make creamed spinach:

This recipe uses fresh spinach. My preference is to buy a big bag of pre-washed baby spinach. It might look like a lot, but it wilts down to practically nothing. 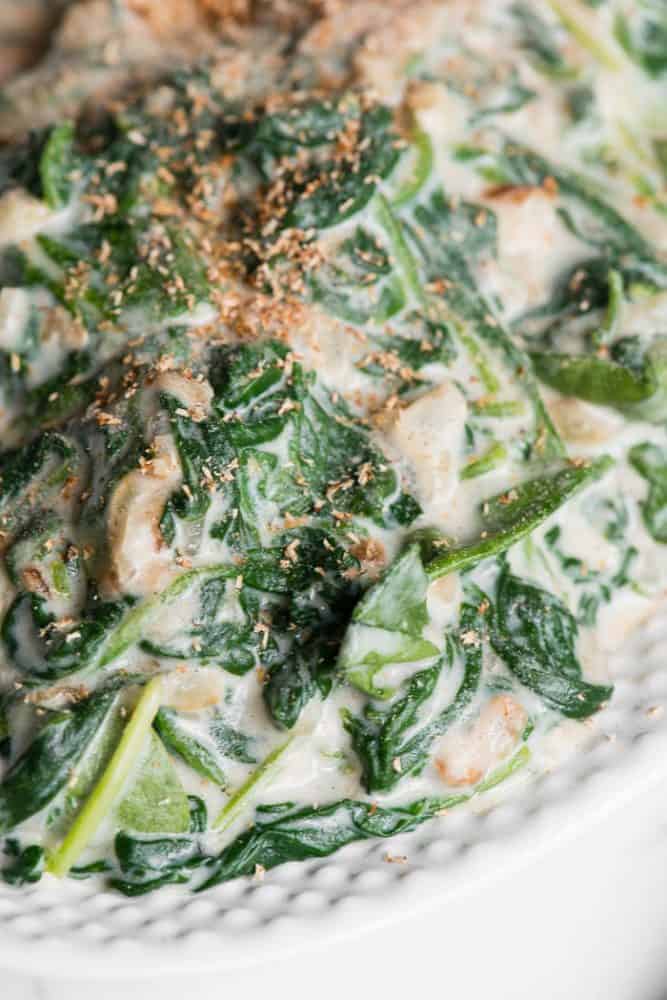 Want to make this recipe ahead of time?

Since creamed spinach really only takes minutes to make, I highly recommend serving it right after you make it.

It does reheat well, though. If you need to make this ahead of time or end up with leftovers, you can easily reheat in the microwave on 50% power. Because this recipe has a delicate cream sauce, you don’t want to reheat it at full power.

Want to make a keto version of creamed spinach?

You can easily substitute the milk with heavy cream. It will make the sauce thicker but will add more fat.

That easy substitution would make this creamed spinach perfect for those following a low carb high fat keto diet. 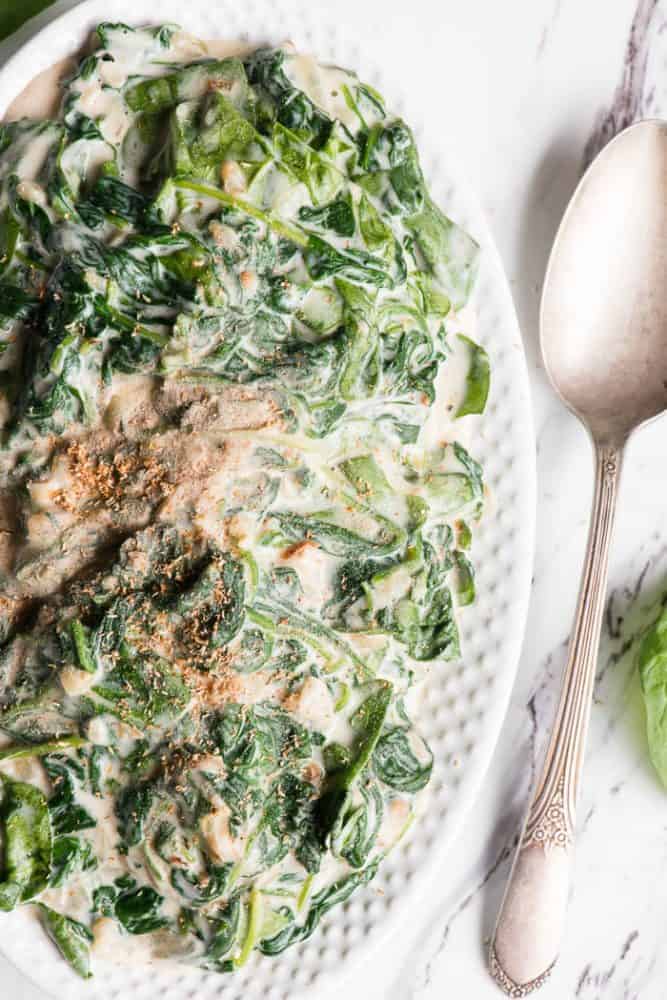 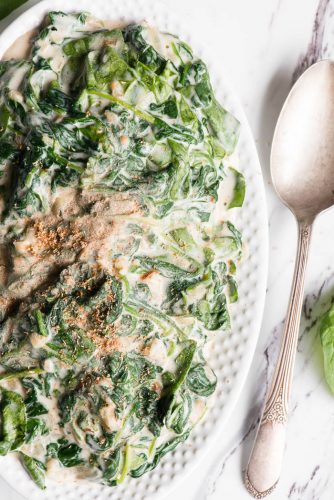 Creamed Spinach made with tons of fresh spinach and a heavenly creamy garlic parmesan sauce is the perfect easy side dish recipe!