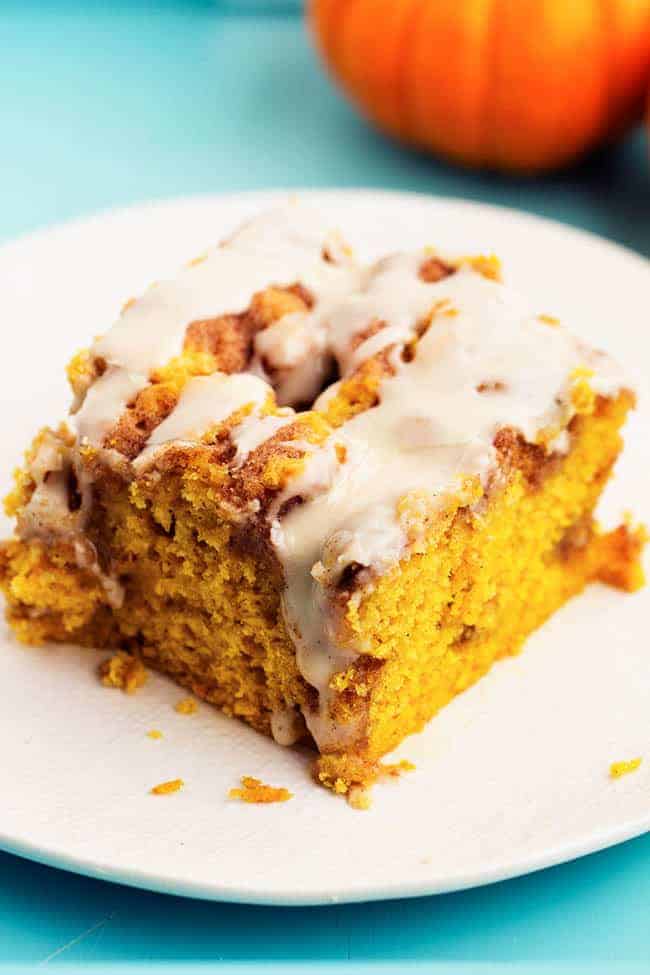 This Pumpkin Cinnamon Roll Cake is a perfectly moist pumpkin cake with pockets of swirled cinnamon and brown sugar topped with a maple glaze. It tastes just like you are eating a cinnamon roll! . This is one of the best fall cakes!

This recipe is like taking the best of two worlds, Absolutely Perfect Pumpkin Bread, and Quick and Easy Cinnamon Rolls and combining them to make this AMAZING cake. You are going to love it! 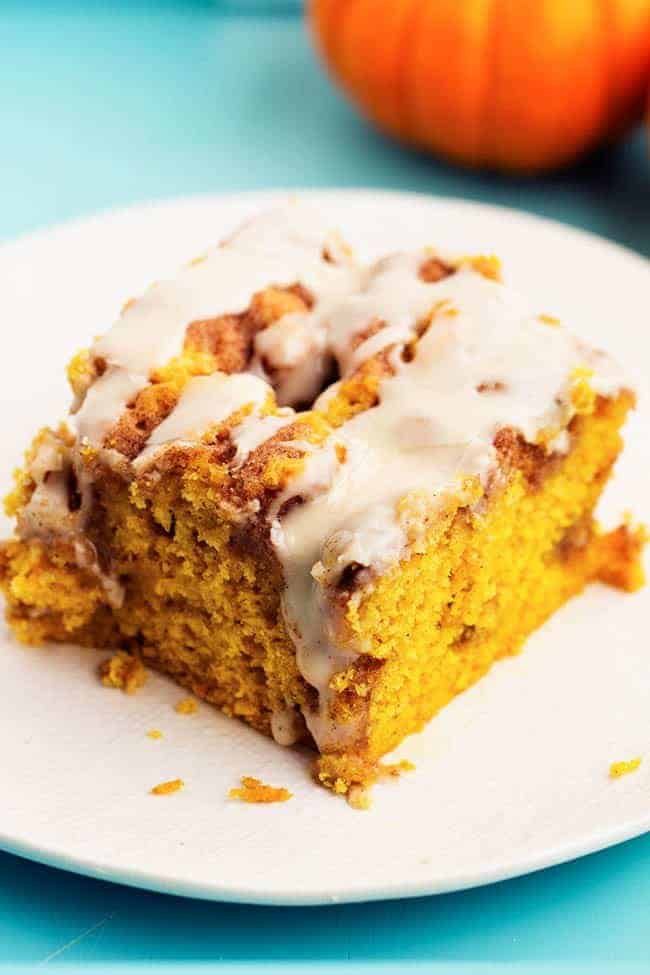 This decadent, moist, cake is such a beautiful cross between a cinnamon roll and cake, you won’t be sure if you should eat it for breakfast or dessert. I suggest both! It starts with a perfect pumpkin cake. This cake is so moist and delicious. But the brown sugar cinnamon mixture swirled throughout it the BEST!! It creates these pockets throughout the cake. THEN you drizzle it in a maple glaze and that seeps down into these pockets. It tastes just like a cinnamon roll in cake form and is one of the best things that I will EVER have. You will not regret making this cake. You will make it again and again! It is amazing!

This is the kind of cake that you can’t get enough of and secretly lock yourself in your closet to eat it. 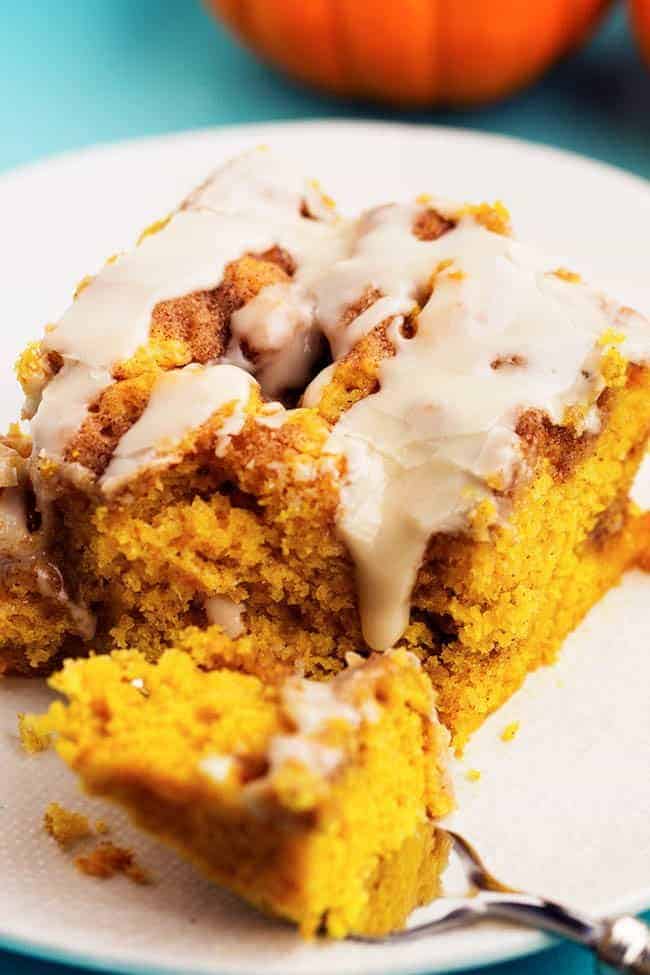 Tips and Variations to the Best Pumpkin Cake 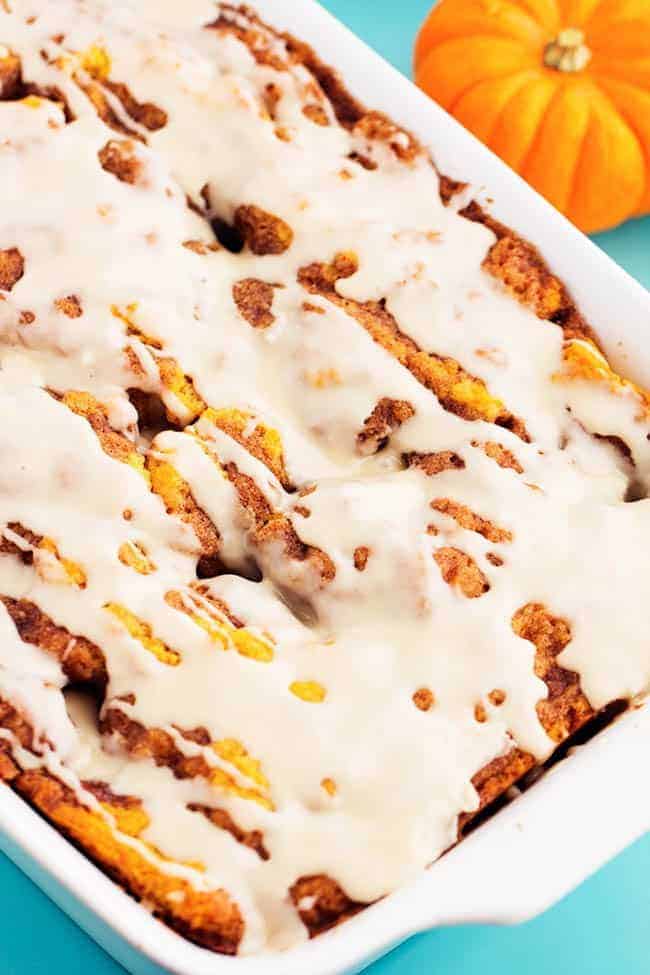 Storing and Serving the Cake 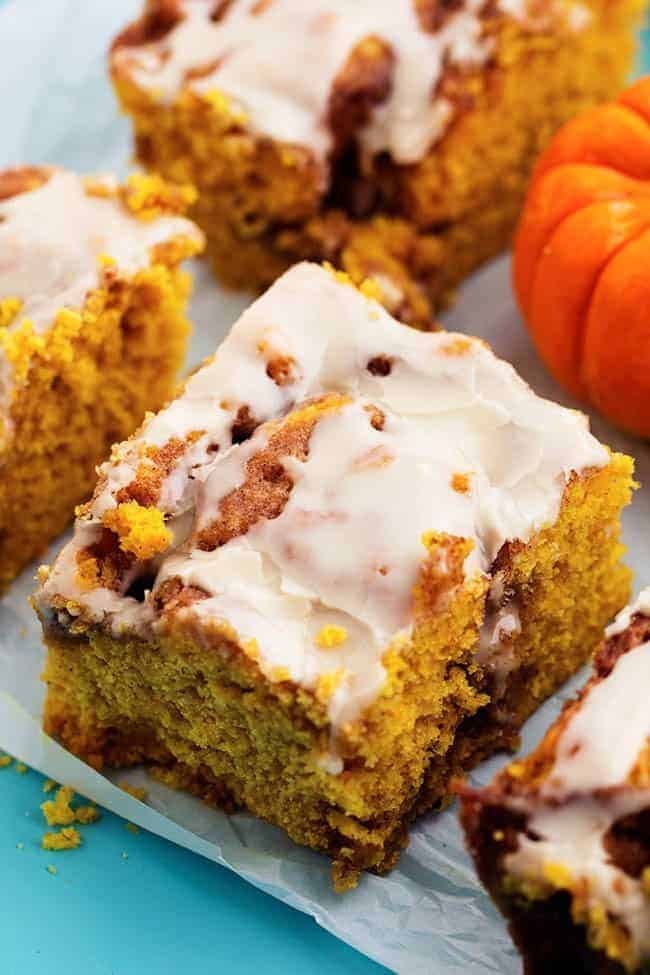 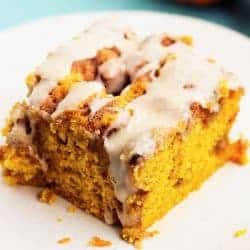 This Pumpkin Cinnamon Roll Cake tastes just like you are eating a cinnamon roll! A perfectly moist pumpkin cake with pockets of swirled cinnamon and brown sugar topped with a maple glaze. This is one of the best fall cakes!

To make the cinnamon sugar topping: